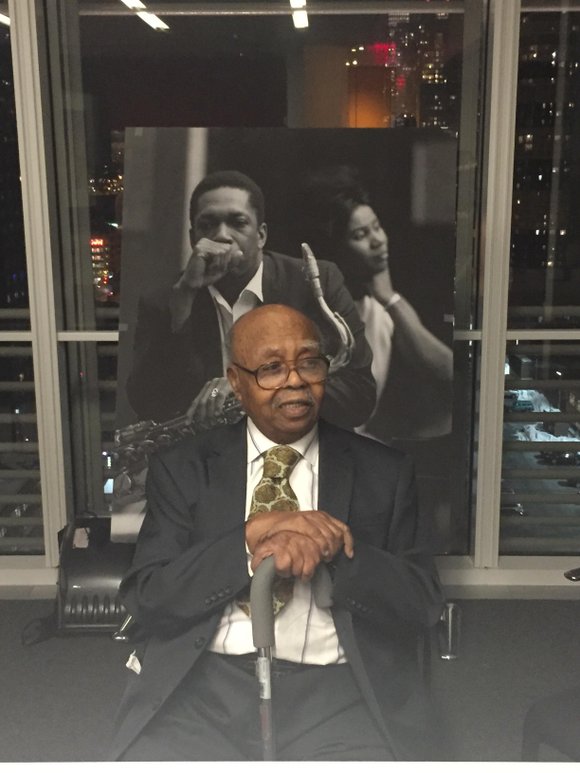 On a recent Thursday, the Harlem Fine Art Show celebrated local artists at their New York Times Preview Night. Sponsored by major contributors such as AARP, United and Aetna, the night featured artists from all five boroughs showcasing their work in a show tailored “exclusively for 500 to 700 celebrities, tastemakers and the media,” according to the HFAS website.

Since 2009, the Harlem Fine Arts festival has been the largest African diasporic art show in the United States. The show strives to create “economic empowerment, educational opportunities and professional recognition within the multicultural community.” Originally part of the National Black Fine Arts Show, Harlem Fine Arts emerged after the former was discontinued. In the past six years, the show has grown from 4,000 to more than 60,000 average attendees.

The show featured such artists as legendary photographer Chuck Stewart. For more than 70 years, Stewart has been a professional cultural photographer and has captured some of the greatest moments of the 20th century. Steward is most widely known for capturing images legends such as Miles Davis, Dizzy Gillespie and Frank Sinatra. When asked what his favorite photograph was from his many years behind the lens, he answered simply that he didn’t have a favorite. “I did the best I could to take a good picture [each time],” he said.

Other artists featured were self-taught jeweler Nashemia Billups, based in Brooklyn, who uses a process called patina to oxidize the metals in her jewelry; the renowned Sir Shadow, who specializes in line drawings; Latino artist Ernani Silva, originally from Rio de Janeiro; and West African artist Akassa.

Inspired by the Harlem Renaissance, the show brings together more than 1,000 leaders in various industries who support the arts and artists in the African-American community. The four-day exhibition will run Feb. 12 to Feb. 15 at the Riverside Church in Harlem. For more information, visit www.hfas.org.