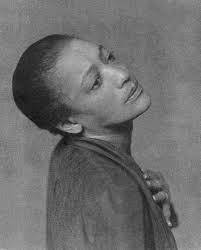 McClendon was very busy over the next two or three years with parts in such plays as “Black Souls” (1932), Annie Nathan Myer’s drama about a Black poet who has an affair with a white senator’s daughter in Paris. And like several other plays with McClendon, lynching is again germane to the plot. It was a brief run for McClendon and her co-star, the film actor Juano Hernandez. In “Brainsweat” (1934), the less said the better, with McClendon the only redeeming factor. “Roll Sweet Chariot” (1934) reunited her with Green in a play that was billed as a “Symphonic Play (or Poem) of the Negro People.” It did not compare favorably with “In Abraham’s Bosom” in appeal or length of run on Broadway.

Langston Hughes’ “Mulatto” was the first full-length play by a Black author to have a Broadway production. The play was basically a retelling of Hughes’ short story “Father and Son,” which was published in the collection “The Ways of White Folks.” McClendon had the lead role as Cora Lewis (created specifically for her by Hughes), the mother of three children by her white master, one of whom is educated. Recalled noted Renaissance authority Bruce Kellner, “In a violent argument, he strangles his father and subsequently commits suicide just before a lynching mob arrives.” The mob was at the door when Cora held them off until she heard a gunshot and realized her son had taken his life before the mob could have its way. Whatever the plays’ deficiencies—and it had several according to major reviews—McClendon shone through the confusion. She was an “artist with a sensitive personality and a bell-like voice,” wrote Brooks Atkinson of The New York Times.

In fact, she would perform her role in “Mulatto” some 375 times before her death in 1935 or 1936. McClendon died from pleurisy and pneumonia at her home in New York City. She was 52.

A year before her death, she founded the Negro People's Theatre with actor Dick Campbell, and Clifford Odets’s “Waiting for Lefty” was among its first productions. Campbell and Muriel Rahn reorganized the group, which was absorbed into the Federal Theatre Project before he renamed it the Rose McClendon Players in 1937. This was both a tribute to her and an assurance that the Players would continue to aspire to her dream of community enrichment.

For many years at Howard University, as part of the Moorland-Spingarn Library, there existed the Rose McClendon Memorial Collection, made up of photos dedicated to the institution by Carl Van Vechten, including several pictures of her taken by him. A lasting monument was the full-figure study of her by Richmond Barthe.