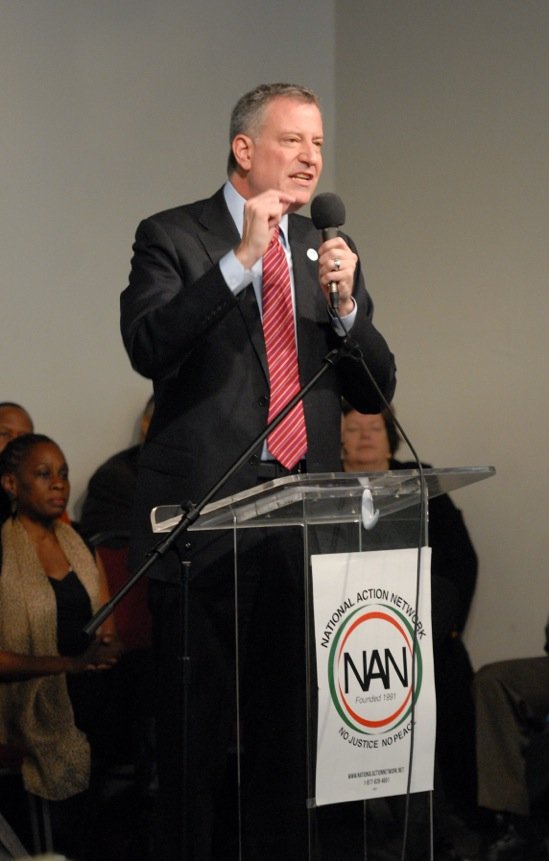 Monday, New York City Mayor Bill de Blasio said that budgets “are by definition a statement of values.” According to the budget he presented this week, progressive values are alive and well for the most part.

Taking effect July 1, the mayor’s budget would close the $1.8 billion deficit that was projected last year and increases the city budget reserves to $750 million a year while including additional investments in public safety, the city’s working class, health and development.

The budget, according to de Blasio, would also reduce projected deficits in the upcoming years. The mayor talked about how he handled one of the most ignored aspects of the budget with recent mayors, labor unions, stating he “addressed the great unknown,” with the labor situation.

“I want to remind everyone, we started with zero percent of our contracts covered—now, approaching 72 percent,” said de Blasio at City Hall. “That was the first and most important thing we had to do to restore consistency in the fiscal process. We also addressed one of the great X factors in municipal budgeting, which is health care costs for our employees, with a plan to secure $3.4 billion in guaranteed health care savings. And I wanted to remind you, at the time we announced the original labor deals, we said that is for the labor agreements in place now. We intend to build upon that in the future—the $3.4 billion in guaranteed health care savings—unprecedented.”

The proposed budget also includes $190 million in funding for after-school programs and $340 million for the second year of his universal pre-K program. In addition, $11.3 million will be used for 45 new ambulance tours and another $6.7 million will be used to add 149 new EMS dispatchers.

But de Blasio did not forget about those New Yorkers he called the “most vulnerable.”

De Blasio’s proposed budget includes $28.4 million for rental assistance and support to move homeless New Yorkers out of shelters, $8.6 million for prevention programs and support services to keep New Yorkers “stably housed,” $4.3 million for the PATH Community-Based Demonstration Project to improve family services such as counseling and eviction prevention, $11 million next year—and more than $26 million total over the next three years—for Administration for Children’s Services child welfare reforms and $16.5 million over the next three years to expand community health centers in underserved neighborhoods. De Blasio also called for $5 million to increase staffing for IDNYC to address high demand.

“Well, it focused on a number of initiatives aimed at addressing income inequality and other issues that had not gone addressed previously—pre-K for all, which I remind you, has an immediate positive economic impact for families that take advantage of it, but a very important long-term impact for the children who benefit, in terms of their economic future and their potential,” said de Blasio. “After-school for middle school kids, same thing—short-term, positive impact for a lot of families, long-term impact on their kids and their economic future. The affordable housing program, which we launched. Paid-sick leave, adding over a half million additional New Yorkers.”

Of course, all of the mayor’s desires have to mesh with the New York City Council, and the dance will run until June, when elected officials vote to finalized the bill. Now comes the hard part.