‘Reach’ and ‘Soar’ Books that inspire 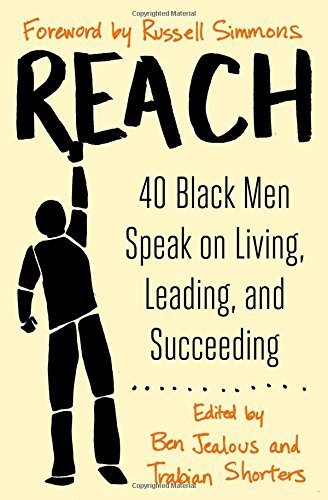 Now that my book tree has reached Redwood proportions, it’s time to do a little trimming before the stacks completely block the sunlight through my office window. It’s always a challenge as to which books to select, because many of them are very compelling and warrant further exposure. But two recent arrivals were chosen because of the urgency of now and the risks facing our young Black males in light of the killings of Michael Brown and Eric Garner.

“Reach: 40 Black Men Speak on Living, Leading, and Succeeding” (Atria, 2015), edited by Ben Jealous and Trabian Shorters, is a primer of success stories from Black men, some of them prominent public figures such the Rev. Al Sharpton, John Legend, Bill T. Jones and Louis Gossett Jr. But it’s the uplifting, heart-warming accounts from the need-to-be-known that are equally inspiring.

I was particularly gratified to learn that several of the young men are based in Detroit. Shaka Senghor is typical of the young men who have turned their lives around after serving half his life in prison. “I can survive prison,” Senghor relates in a book packed with hope and possibility. “That’s not the scary world to me … I refuse to allow that to define me for the rest of my life. I just refuse to allow that to dictate what I can and cannot do.”

And prison hasn’t, and with the help of BMe Community, an organization that is cited throughout the book, Senghor has torn down a few of the barriers hampering his development, blocking his dreams.

As Jealous states in the introduction, “This is a book of everyday heroes,” he wrote with the hope that the book will empower readers, and it should. 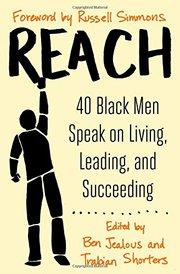 “Reach” is also like a sequel or companion to “Soar: How Boys Learn, Succeed, and Develop Character” by David C. Banks with G.F. Lichtenberg (Atria, 2015), and it’s probably not coincidental that they are both published by Atria. “Soar” is basically the story of the Eagle Academy and the amazing success it has had since its inception in 2004, putting young men at risk on the right path.

At a recent Black History Month event sponsored by the National Council of Negro Women, Banks, the founding principal of Eagle Academy, disclosed some anecdotes from the book, none more revealing than those about the challenges his brother, Philip, had in school.

“He had trouble seeing the purpose in the distant end results of education,” Banks wrote in the book, parts of which he discussed with the audience. Some of Philip’s problems stemmed from David’s accomplishments in the classroom.

But Philip overcame these early obstacles and rose through the ranks of the NYPD to become a ranking officer before retiring. His story sets the stage for understanding the blueprint and teaching strategy at the Eagle Academy that is distilled by Banks in easy-to-read chunks.

“There are seven areas in a young man’s life that will make the difference,” he wrote. They need safe passage; positive peer influence; security; high expectations; love; teachers ready to teach; mentors to guide the journey; discipline that is teaching, not punishment; and a head start on the future.

All of these precepts are given clear elaboration and exemplary models of achievement. There is no better example of the program’s success than to read last year’s convocation speech delivered by one of the students, Tykenji Abernathy, who concluded by stating: “I am standing here with a senior tie on, getting ready to graduate on time in four years, with my class of 2014. It’s never too late to get on the right path. It’s only a matter of when you figure out that you are the only one that can hold you back. And the only person that can really do any damage to you is you.”

The combined information and guidance contained in “Reach” and “Soar” is a sustained wallop, a one-two punch of inspiration and enlightenment.