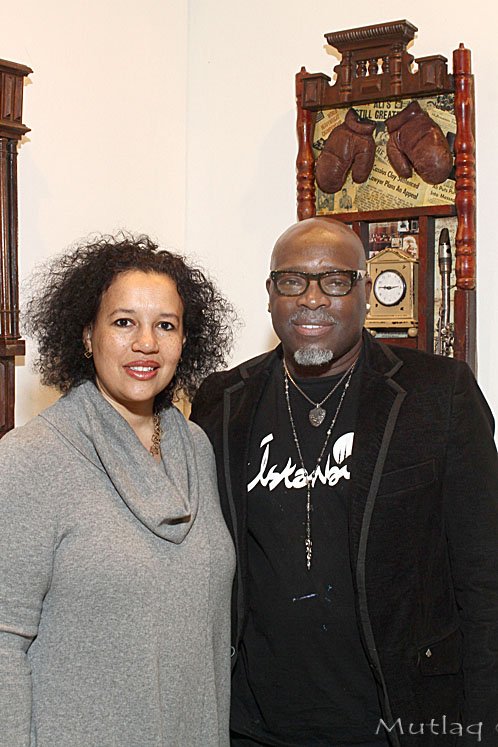 Each year since its inception six years ago, the Harlem Fine Arts Show has grown in size and prestige, featuring an extraordinary number of artists and their priceless productions from more than 80 galleries around the globe.

To single out one of these magnificent artists would perhaps be foolhardy, but fool that I am, I say Leroy Campbell’s works collar and command you to stand for a moment and fully digest his engaging and thoughtful creations. Not only are they three-dimensionally compelling—the embedded instruments must make musicians salivate and struggle not to finger the keys—but also each is accompanied by images, clippings and other African-American ephemera, giving viewers additional depth and understanding.

Chuck Stewart’s photographs possess the same attention to detail, and you can’t just saunter by his shot of Eric Dolphy with his extended beard and bass clarinet, said writer Kephra Burns, noting, “There is something powerful and pharaoh-like about the photograph. Dolphy’s instrument is like a scepter.”

At several venues last Thursday for the opening of the show at Riverside Church, not all of the instruments were in photos and works of art. Some of them were being played by pianist Danny Mixon and guitarist Solomon Hicks, with a similar concern for artistic expression.

Stewart seemed to sway with each bluesy riff from Hicks’ guitar, and he was certainly riding a crest of joy with the celebrity he was receiving, as he was asked to pose with such notables as literary agent Marie Brown, Jazzmobile’s Robin Bell-Stevens, whose organization would benefit from some of the proceeds, and Elinor Tatum, who was among several publishers saluted by the show’s founder, Dion Clarke.

Clarke was elated to report the expansion of the show to other locations and proudly acknowledged United Airlines, the show’s official airlines. United is a perfect partner for the high-flying show that seems to soar a little higher each year. 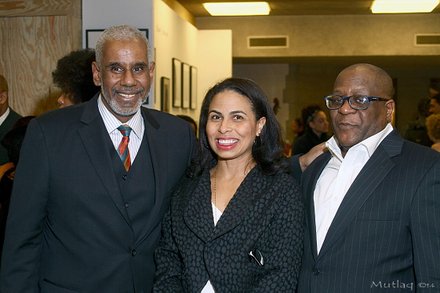 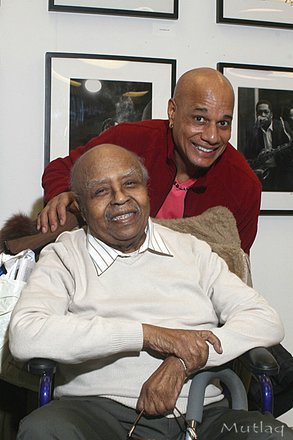 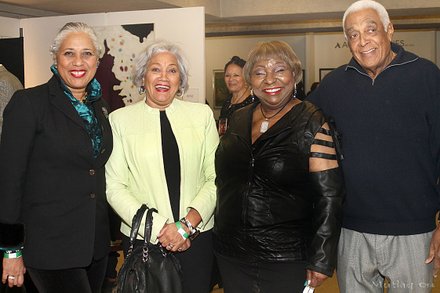 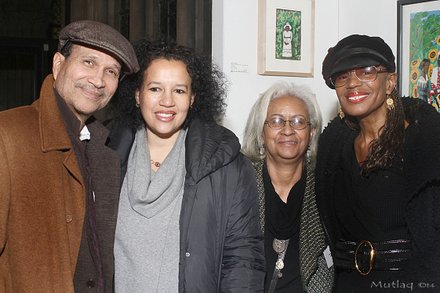 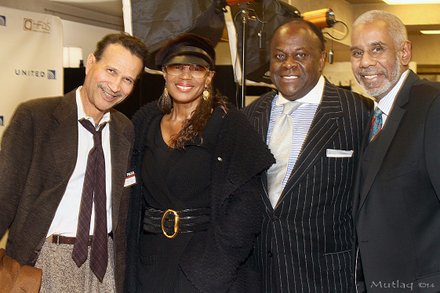 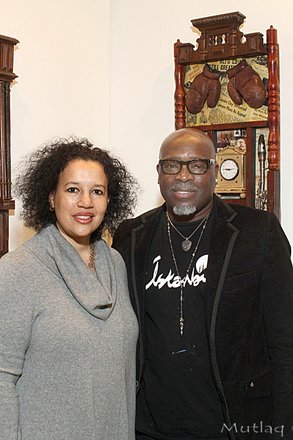 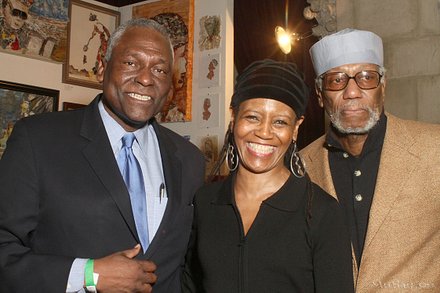 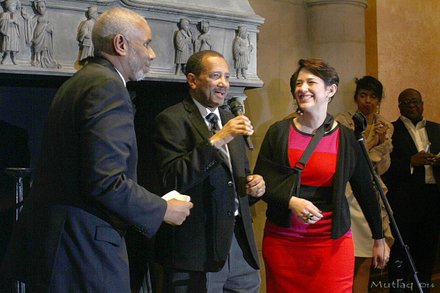 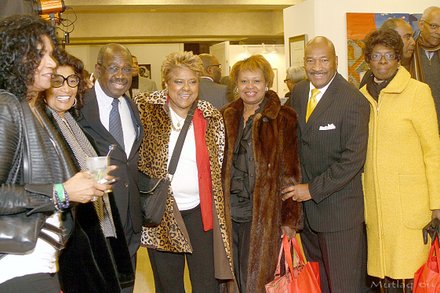