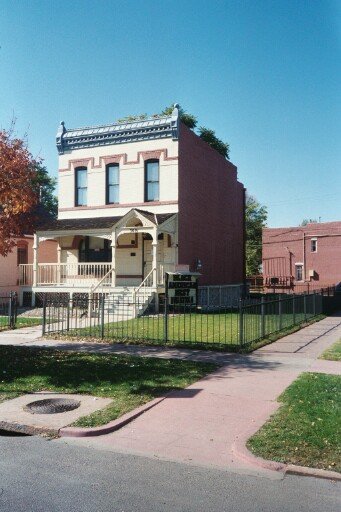 The Black American West Museum and Heritage Center tells the story of the African-American cowboys who made up as many as one-third of all the cowboys in the early West.

So your spouse has a series of business meetings, one of your best friends is attending a conference or its time to take one of the kids for a college campus visit. For whatever reason, you’ll be in the beautiful “Mile High City,” Denver. And although you wish you had a week to delve into all that the city has to offer, you only have 72 hours. Here are a few ideas to help make those 72 hours fun and fruitful.

Located in the heart of Denver’s historical Five Points District, the Stiles African-American Heritage Center specializes in memorabilia from Madame C.J. Walker, a pioneer in the hair care industry who got her start selling hair care products to African-American women in northeast Denver.

The Black American West Museum and Heritage Center tells the story of the African-American cowboys who made up as many as one-third of all the cowboys in the early West. Housed in the home of Dr. Justina Ford, Denver’s first African-American doctor, the museum has exhibits, historic photos and artifacts focusing on the many contributions made by Blacks in settling the West, from the early fur trade until today, with a special emphasis on Colorado and early Denver. 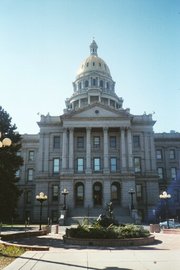 On the western side of the Colorado State Capitol, you’ll find a plaque on the 13th step marking the spot that is 5,280 feet (one mile) high. (Lysa Allman-Baldwin photos)

Denver’s centerpiece structure, the Colorado State Capitol, was constructed with Colorado rose onyx, a rare stone found near Beulah, Colo. From the rotunda near the dome, you get a spectacular view of the entire Front Range, from Pikes Peak all the way north to the Wyoming border—a distance of more than 150 miles—and on the western side of the building you’ll find a plaque on the 13th step marking the spot that is 5,280 feet (one mile) high.

The U.S. Mint is the second largest storehouse of gold bullion in the U.S., after Fort Knox. More than just about “making money,” it educates visitors about the history of the U.S. Mint and the craftsmanship that goes into the minting process.

Lower Downtown (called “LoDo” by the locals), one of Denver’s oldest business districts, is on the northern edge of downtown and offers one of the nation’s greatest concentrations of Victorian buildings and warehouses, many of which have been converted to house restaurants, art galleries, offices and shops.  Guided and self-guided walking tours are available.

The Museo de las Americas is the first museum in the region dedicated to educating the public about the artistic and cultural achievements of Latinos in the Americas. The extensive art collection here is the second largest collection of Mesoamerican objects in Colorado, and its more than 4,000 items range from pre-Columbian to colonial and contemporary works of art.

A distinctive house museum, the Byers-Evans House is one of Denver’s great historic homes, built in 1883 by Rocky Mountain News publisher Williams Byers and sold in 1889 to the family of William Gray Evans, an officer of the Denver Tramway Company. Guided tours take visitors through the elegant residence, richly filled with original Evans family furnishings.