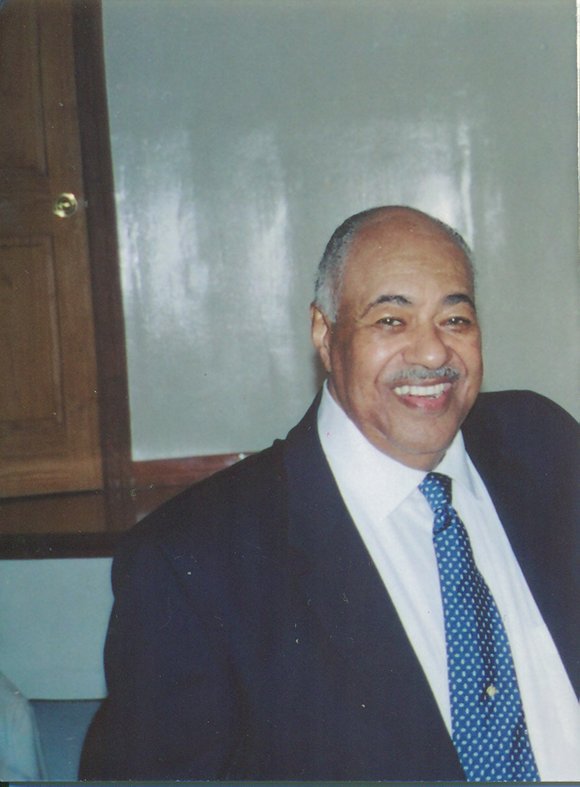 George is on his way home after a Hall of Fame career.

George Moore, a native son of Harlem, who was one of the all-time great basketball players at Lincoln University in Pennsylvania, passed away Monday, Feb.16. We last saw him at his home in Orlando, Fla., where he had moved with his charming wife, Rita.

Moore really missed Harlem, where he grew up on Morningside Avenue, spitting distance from his lifelong friend Carl Green. Phone conversations over the years with his guys wasn’t enough. He always came back to Harlem. He went through a time when everything was the city. He was inducted into the John Hunter Bob Douglas Hall of Fame in 1995.

His memory was remarkable. The chatter always drifting back to Harlem. He was some kind of basketball player, who hit the court at the Harlem YMCA on 135th Street and always got game on the concrete courts of Harlem. He was a hard-nosed player during his collegiate career at Lincoln University, then a member of the Central Intercollegiate Athletic Association, and a blow-by stint in the military.

His collegiate years on the court at Lincoln, along with Earl Lloyd, saw both earning multiple All-CIAA honors. Soon after, Moore joined the Harlem Globetrotters, where he had earned a name for himself, while Lloyd found a home in the then still growing NBA.

Leaving the Trotters, Moore became a major name in law enforcement, with time spent at the Department of Justice, the FBI, the NYPD and a score of other federal, state and local law enforcement departments and bureaus.

The opportunities Moore carved out for himself over the years are legendary. But no matter what, he loved the game of basketball. He spent time with Harlem youth organizations, giving of his time to a multitude of organizations.

We’ll see you on the playground, Georgie.