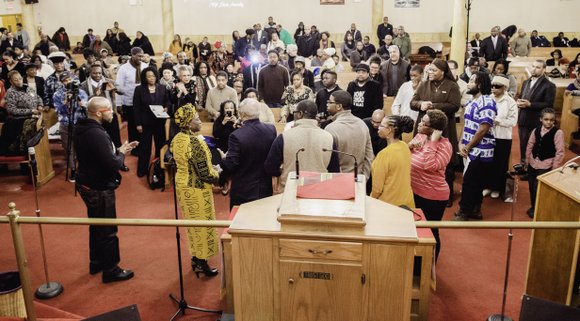 Religious leaders from the Rev. Herbert Daughtry to Minister Abdul Hafeez Muhammad gathered with the masses who braved the cold to come to Bethlehem Baptist Church on Linden Boulevard in East New York for the inauguration of Charles Barron, assemblyman for the 60th Assembly District in Brooklyn, N.Y., organized by Operation P.O.W.E.R.

The oath of office was administered by his wife New York City Council Member Inez Barron.

The community came out in great numbers to celebrate the event, which established the Barrons as a community-endorsed power couple in New York politics.