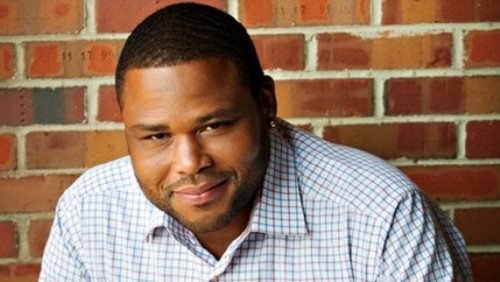 Hollywood will be celebrating it’s fabulous Blackness with the the 46th NAACP Image Awards, a two-hour star-studded (live) event Friday, Feb. 6, on TV One at 9p.m. (ET/PT tape-delayed).

I’ve had the pleasure of working with host Anthony Anderson (in an indie film), and I know that he’s a hard-working man, despite his comedic persona. So Anderson hosting the NAACP Image Awards for the second time isn’t a surprise, but a welcoming confirmation.

Unless you reside under a very large and isolated rock, you know that Anderson is currently executive producing and starring in, alongside Laurence Fishburne and Tracee Ellis Ross, the ABC series “Black-ish,” for which he is also nominated for an Image Award this year.

“It is an honor and privilege to be asked back to host the NAACP Image Awards,” said Anderson. “The nominees this year are stellar and a testament to the talented individuals in our community. As a nine-time Image Award nominee, I could not be more proud, and I look forward to holding the record for most nominations without a win!” 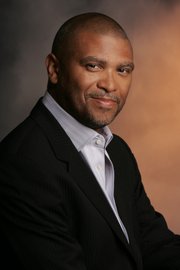 In addition, also returning are Reginald Hudlin and Phil Gurin as executive producers. The production team includes Tony McCuin as director, Byron Phillips as producer and Robin Reinhart as the talent producer. Actor and musician Lance Reddick will be the in-show announcer.

This summer, he partnered with the Academy of Motion Picture Arts & Sciences and the Hollywood Bowl to produce a live cinematic concert experience titled “The Black Movie Soundtrack,” which was a critical and commercial success.

“Building on the momentum and success from last year, we are planning an extraordinary show and securing today’s leading talent to be part of the celebration,” Hudlin and Gurin said in a statement. “It is an honor for us to work with the NAACP and TV One to create a show that recognizes such a diverse group of talented people, and we look forward to producing one of the premier awards show telecasts in America.”

The NAACP Image Awards celebrates the accomplishment of people of color in the fields of television, music, literature and film and also honors individuals or groups who promote social justice through creative endeavors. Winners will be voted on by NAACP members and announced when the envelopes are opened Thursday, Feb. 5 during the awards ceremony for non-televised categories. The remaining categories will be announced live on stage during the two-hour, star-studded TV One telecast Friday, Feb. 6. The telecast will also include a one-hour, pre-show airing live from the red carpet (8p.m. ET/PT tape-delayed).

For all information and the latest news, please visit www.naacpimageawards.net;