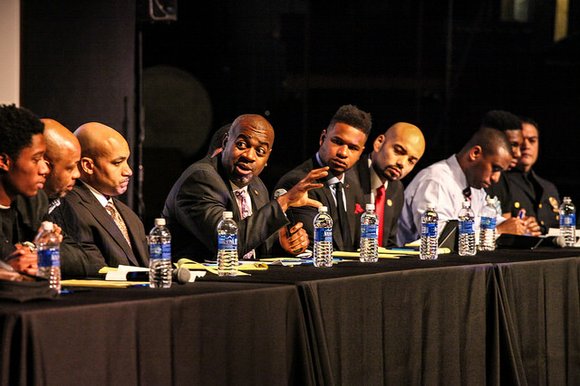 In addition, Eric Garner Jr., the son of Eric Garner, the man who died in during a controversial police incident on Staten Island, was among the panelists.

The discussion covered a number of issues, including improving communications and understanding between law enforcement and youth, educating youth about their rights and responsibilities under the law, preventing violence and police and law enforcement careers. The panelists took questions from the audience, which consisted of all-male students at Central High School.