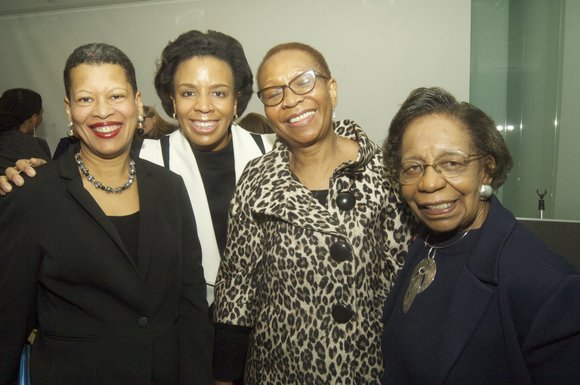 The Convention on the Elimination of All Forms of Discrimination Against Women was held at Cooper-Hewitt Smithsonian Design Museum, 2 E. 91st St., in Manhattan. CEDAW is the only comprehensive international treaty on women rights. Whereas 188 nations have ratified CEDAW, the United States remains the only major industrialized country not to ratify the treaty.

The Metro New York Chapter of the U.S. National Committee for U.N. Women, in collaboration with Councilwoman Laurie A. Cumbo, chair of the Committee on Women’s Issues, hosted the event. The evening panelists were Lopa Banerjee, chief of the civil society at U.N. Women; Nozipho Bardil, chief of staff at U.N. Women; Krishanti Dhjarmaraj, CEO of Dignity Index Group; Julie F. Kay, senior strategist for the Ms. Foundation for Women; and moderator Pamela Falk, CBS News foreign affairs analyst. A discussion was held on international women’s issues in conjunction with the Cities for CEDAW National Conference.

The purpose of the Cities for CEDAW campaign is to “make the global local” by harnessing the power of cities and promoting the adoption of CEDAW as a municipal ordinance to create a framework for improving the status of women and girls.

Proceeds will benefit U.N. Women, the U.N. entity dedicated to gender equality and empowerment of women.