Cuomo’s wage board must take action 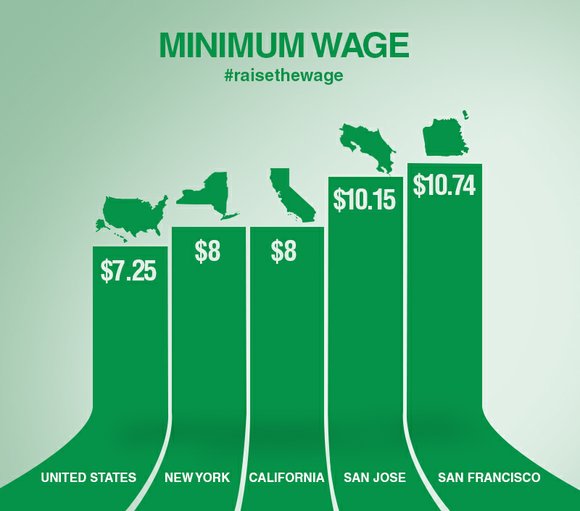 Sometime this month, the wage board empanelled by Gov. Andrew Cuomo is expected to make a recommendation that could have a dramatic effect on low-wage workers, especially in communities of color.

The board’s decision on whether to raise the minimum wage for fast-food workers could finally put us on the road to a fair wage for the more than 1.25 million hardworking men and women in New York City who earn less than $15 an hour, in addition to hundreds of thousands just like them around the state.

Less than three weeks ago, I and others—including workers, community activists and labor leaders—testified at a series of hearings on the issue. We urged the board to raise the wage for New York’s 60,000 fast-food workers to $15. Workers told heart-rending stories, and experts pointed out that higher wages do not hurt businesses and, in fact, drive the economy and lead to job creation.

A $15 an hour wage for these folks—many of them our family members, friends and neighbors—would allow them to support themselves without public assistance and will fuel the local economy because those workers will have more money to spend.

Cuomo created the board after state Senate Republicans blocked his proposal to raise the minimum wage to $11.50 in New York City and $10.50 in the rest of the state. On the other hand, the Assembly took Cuomo’s proposal as a start and proposed a path to $15 an hour.

Because fast-food workers barely make minimum wage, there is little doubt the board will recommend raising their wages. However, the board should not stop at $11.50—it must go all the way to $15, and index it to inflation.

Board members indicated as much this past Monday in Albany, announcing a framework of an agreement that will likely include a substantial increase to $15 and a way to incentivize full-time work. They also seem to agree that the fast-food industry is not in direct competition with sit-down restaurants.

For the past two and a half years, fast-food workers have waged the Fight for $15 campaign, which began with a strike in New York City and spread to 200 cities across the country and around the world. There is huge public support for the idea that low-wage workers need a raise to support themselves and their families—and great agreement that the income inequality gap must be significantly narrowed.

The support for the Fight for $15 campaign is broad within the labor movement and among our 145,000 members. Aminta Gonnell, a cleaner at the Grace Building in Manhattan and a 32BJ member for 34 years, demonstrated alongside more than 100 other members in front of a McDonald’s in Midtown Manhattan April 15, a national Fight for $15 day of action.

I couldn’t agree more. Raising wages will improve the lives of millions of people and help drive the economy and build our communities. The board must do the right thing and raise fast-food workers’ wages to $15 an hour, and it must do it now.