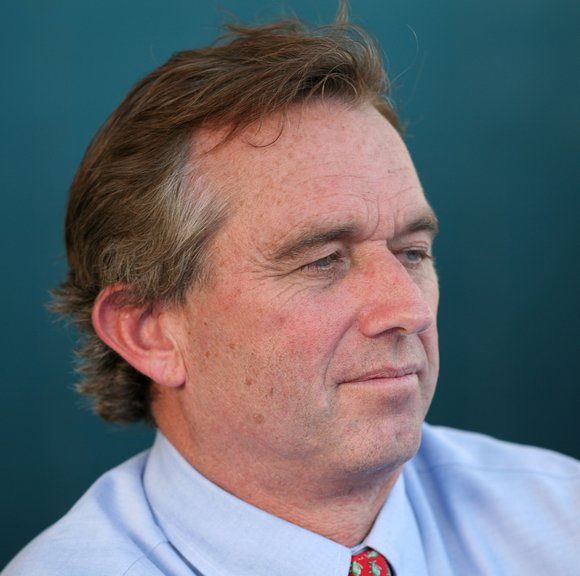 Last August, Centers for Disease Control and Prevention senior scientist, Dr. William Thompson, invoked federal whistleblower status and confessed that the CDC has known since 2001 that Black boys exposed to the MMR vaccine have a disproportionate risk of autism.

Thompson, a 17-year CDC veteran is the author of some of the leading studies cited by the CDC to exculpate vaccines from the autism epidemic. Thompson, who still works at the CDC, released the raw data sets that he says his bosses at the CDC ordered him to conceal. Those data show that Black boys who received the MMR vaccine before 3 years of age, as the CDC recommends, were 3.36 times more likely to receive an autism diagnosis than those who received the vaccine after 3 years of age. This effect was not observed in other race categories. Nevertheless, when the CDC scientists published their results in the journal Pediatrics in 2004, they omitted the damaging data, fraudulently declaring there was no risk of autism from the MMR vaccination. In August 2014, Thompson issued a press release through his attorney stating, “I regret that my coauthors and I omitted statistically significant information in our 2004 article published in the journal Pediatrics. The omitted data suggested that African-American males who received the MMR vaccine before age 36 months were at increased risk for autism.”

The buried data were disturbing, but hardly surprising. The most reliable studies in the scientific literature indicate that African-Americans are more susceptible to vaccine injury and may also have increased susceptibility to neurological disorders such as autism.

A 2010 nationwide study of the CDC’s Autism and Developmental Disability Monitoring Network found autism incidence about 25 percent higher in African-Americans than Caucasians. A 2014 study published in Pediatrics showed higher rates of all categories of autism among African-Americans in Los Angeles County compared with Caucasians, with the incidence of severe autism elevated by 263 percent among foreign-born Blacks and 152 percent for U.S.-born Blacks as compared with U.S.-born whites.

A 2010 study in the Journal of Toxicology and Environmental Health showed that Blacks were at significantly greater risk for regressing into autism after receiving the thimerosal-containing Hepatitis B vaccination series as infants. When analyzed further, the data showed that Black boys receiving the HepB series were 53 percent more likely to have autism than those Black boys not receiving any HepB shot.

On the basis of all the population data and the CDC’s most recent autism incidence estimates, at least 100,000 African-American male children could have been spared debilitating neurological injury if the CDC scientists had told the truth when the increased risk was first known to them in 2001.

Thompson has requested to testify before Congress about corruption at CDC and has handed over to Congress thousands of pages of documents showing widespread fraud in CDC’s vaccine division.

It’s not the first time the CDC has concealed vaccine risks from African-Americans. Less than 10 years ago, in June 1996, African-Americans in Los Angeles learned that the CDC had been conducting vaccine experiments in their communities. Beginning in 1989, the CDC conducted an experiment on nearly 1500 Black and Hispanic infants using an unlicensed measles vaccine without disclosing to parents that the drug was a high-potency experimental vaccine designed to overwhelm the baby’s maternal immune system. The CDC only halted its secret experiment in 1991, when companion clinical trials conducted in Africa and Haiti showed an increased death rate and severe immune-system disorder among female infants who received the vaccine. Those children died within two years after the vaccination.

“A mistake was made,” then CDC Director Dr. David Satcher told the LA Times. “It shocked me. We need to move to a new level of assurance so people can trust what we’re doing.” The CDC denies that any Los Angeles Black children were injured by the unlicensed vaccine but has not produced any studies to confirm that claim.

In 1972, a government whistleblower, Peter Buxton, revealed that for the previous 40 years, beginning in 1932, both the CDC and the U.S. Public Health Service conducted the so-called Tuskegee Experiment to study the progression of untreated syphilis in impoverished African-American men in rural Alabama. Public health regulators lured illiterate sharecroppers with the promise of hot meals, funeral costs and free health care from the U.S. government. According to the CDC, which took over the study in the early 1960s, none of 299 syphilitic sharecroppers were ever told they had the disease. The CDC purposefully withheld penicillin after the antibiotic became a proven treatment in 1947. The CDC actively prevented participants from accessing syphilis treatment programs elsewhere. The CDC’s victims in that study included numerous men who died of syphilis, 40 wives who contracted the disease and 19 children born with congenital syphilis.

When, in 1966, Buxton, an African-American, sent a letter to government regulators complaining about the ethics and morality of the study, the CDC reaffirmed the need to continue the research until all subjects had died and been autopsied. To bolster its position, the CDC sought and gained support for the study’s extension from the American Medical Association.

Buxton finally told his story to my uncle, Senator Edward Kennedy, in July of 1972. Senator Kennedy convened Senate hearings, at which Buxton and HEW officials testified, and the CDC finally terminated the study.

By concealing the link between vaccines and autism in African-American boys, the CDC had once again violated that public trust. But this fraud is not just about African-Americans. The fraudulent 2004 study has been cited in 91 subsequent studies as one of the principle proofs of the CDC’s claim that vaccines are not linked to the autism epidemic. The CDC’s fraud in this study calls into question the validity of the entire body of research that families, medical professionals and policymakers rely on when making decisions for the health of children.

“I have a boss who is asking me to lie,” Thompson said in a taped conversation with Simpson University professor, Dr. Brian Hooker. “I have great shame now when I meet a family with kids with autism, because I have been a part of the problem … because the CDC has not been transparent, we’ve missed 10 years of research, because the CDC is so paralyzed right now by anything related to autism. They’re not doing what they should be doing. They are afraid to look for things that might be associated. I’m completely ashamed of what I did. The higher ups wanted to do certain things, and I went along with it.”

The time has come in this country for everyone—press, regulators and politicians—to stop “going along with it.”