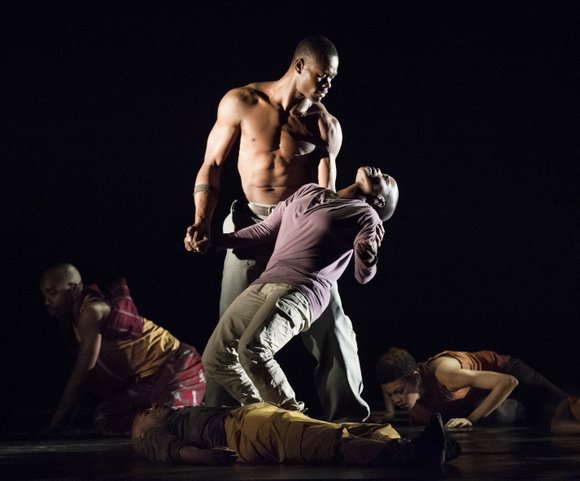 This plan was put aside when, just days before the opening, the beloved AAADT soloist Dudley Williams died. At age 76, Williams was remembered for dancing acclaimed roles choreographed especially for him by Ailey. See Zita Allen’s tribute to Williams in the June 11 AmNews.

Opening night at Lincoln Center was bittersweet. The curtain rose and Jamison began the evening with heartfelt words for Williams. To rousing applause, she said, “We’re here tonight for Dudley Williams … he came before.” Rehearsal Director Matthew Rushing, Glenn Allen Sims, Antonio Douthit-Boyd, Kirven Douthit-Boyd and Jamar Roberts, all coached by Williams, followed in a magical rendition of the signature solo “A Song for You” (1972) by Ailey. Williams danced for the company from 1964 to 2005.

On a lighter, although celebratory, tone, Battle’s introduction to the other works made connections to Williams and his lasting Ailey legacy. Beatty’s “Toccata,” with the large cast of 16, was fiery and rang true with Beatty’s stylized telling of the time, sultry hips and shoulders, jazz runs and stop-time sequences punctuated by high kicks and leaps. Allen Sims returned with Linda Celeste Sims in a meditative offering of Christopher Wheeldon’s “After the Rain Pas De Deux” that begs for a soulful quiet, which they delivered.

Harris’ “Exodus,” driven by his mother’s recent passing, his cry about the atrocities in the African-American community and what happens next, is the highlight of the evening. From the jarring gunshot in the beginning to the hope opined in white costumes in the end, Harris dares to offer global possibilities. In long feline strides, treading through a series of bodies falling and righted, the towering Jamar Roberts guards and oversees the cast with Rushing. Here, as in other works, Harris seamlessly blends street with technique that posits faith—fast and complicated footwork is matched by long and lean arms reaching and supporting. Harris’ storied works never fail. Fittingly, Ailey’s signature “Revelations” closed, awakening more memories of Williams.