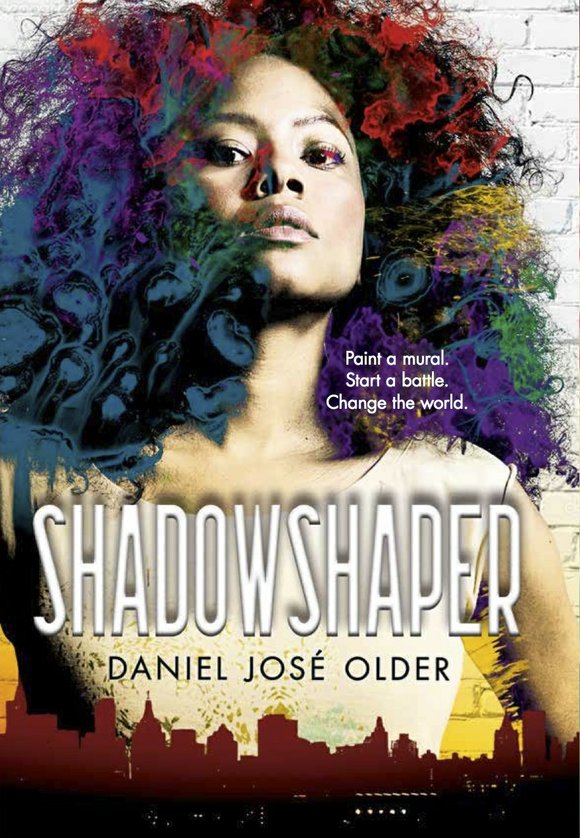 If books were rated like video games, I would give “Shadowshaper” by Daniel Jose Older an “E” for everyone. Though it is technically a young adult novel, it is also an engaging read for those well past adolescence.

In this urban fantasy YA novel, the reader meets Sierra Santiago, a Black Puerto Rican teenager who lives in a Brooklyn community undergoing gentrification. She is smart and gorgeous, has an amazing Afro (just look at that cover art) and is a talented artist, and she has a special connection with the spirit world.

Through a wide-ranging cast of characters, Older introduces a number of important and layered topics, such as colorism, street harassment, gentrification and the dangers of keeping family secrets. As Sierra learns the ancient art of shadowshaping, the reader is increasingly immersed in this magical yet very realistic contemporary world.

One of the most beautiful aspects of “Shadowshaper” is the overarching idea that Older presents about the connection between art and spirits. In the landscape that Older so carefully crafts, writers, painters, musicians and anyone who falls under the banner of “artist” are sometimes possessed (in a sense) by their ancestors and other spirits. It is those spirits that guide the hand and insert themselves into a work to make it literally come alive.

Artists often talk of having a muse. Older’s shadowshaping theory brings the muse into sharper focus. Your newest dress design doesn’t just happen to look like your late grandmother’s favorite cocktail gown, she had a hand in making sure your design became what it is. It’s lovely to think that our ancestors and all of our other loved ones never really leave us and that they surround us to help us create great art.

In addition to being a well-written tale, “Shadowshaper” has the distinction of being that rare YA novel with a protagonist of color. Having a Black woman as the lead character in this book is major. When we talk about the “Black Lives Matter” movement, we often talk about sociopolitical or economic issues. Black lives also matter in art. It is important for people, especially young people, to see themselves reflected in quality art. They must know that they come from a culture that is worth preserving and carrying on into the future.

“Shadowshaper” also offers a nuanced look at generational divides and how different attitudes, aesthetics and words evolve in meaning over time. That adds to the ancestral aspect of the book and is one of the numerous threads that constitute this vast literary tapestry of magic, love, family, city life and art. It is also notable that Older sprinkles in untranslated Spanish. For the most part, there are no italics or translations for the Spanish bits and there are no footnotes. The Spanish is infused in the dialogue in the Spanglish type of way that those fluent in English and Spanish tend to speak when in familiar settings.

“Shadowshaper” is a gem of a book that should rest easy on most any bookshelf. It is available at bookstores and online right now.