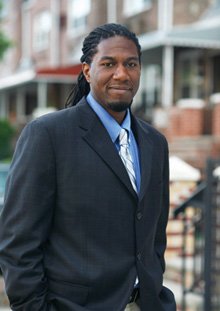 Statistics show that gun violence goes up during summer holiday weekends, but that fact does not make it any easier for a mother, father, brother or sister dealing with the loss of a loved one due to senseless acts of violence. It is excruciating to learn that both New York City, Chicago and various other metropolitan areas through the country experienced a large number of shootings last weekend, so my prayers for peace and comfort go out to each of the victims and their families.

Statistics also show that gun violence increases throughout the warm summer months. Though gun violence will ebb and flow, we cannot let history repeat itself in the near future, so real, concerted efforts must be made to limit shootings. I applaud the NYPD for their increased efforts to combat gun violence through initiatives like the Summer All Out program, but adding more cops to high-crime areas cannot be the only answer. Sustained public safety of these communities will only be improved once we provide them with the resources they desperately need.

Despite recent increases in shootings, we've made progress in both Chicago and New York City which is evident in recent data. Last weekend, New York City experienced 14 shooting incidents starting Friday evening through Sunday, and 27 reported during the same holiday period last year. In Chicago, 10 people were left dead and 55 others wounded during the same time period-- a toll significantly lower than the previous year's 15 fatalities and 82 wounded victims.

I believe the progress can, in part, be attributed to the way our cities are beginning to treat gun violence. Both Chicago and New York City have implemented similar community based violence interrupter programs to combat gun violence at a grassroots level, and I am proud that the New York City Council and Mayor recently allocated $18.2 million to our FY2016 city budget to further the efforts of the Crisis Management System (CMS). The CMS took the Chicago approach by adding additional wrap-around services to deal with structural community deficits. By using a multi-pronged, holistic approach that treats gun violence as a public health crisis, these programs place violence-interrupter groups on the ground with wrap-around services to meet the needs of every spectrum in a community impacted by shootings.

And after being ranked the ninth most dangerous U.S. city in 2007, the City Council of Richmond, California created the Office of Neighborhood Safety, which also took and enhanced the Chicago model by targeting at risk youth and financially incentivizing them not to pull the trigger, instead of putting them back in jail. After five years, the city has dropped their number of homicides in half.

Creative solutions like those described above work, but many cities still rely on police alone to improve public safety. This is unfair to the community and the men and women who wear the badge. On average, 32 people will die from gun violence each day in America. There has been a clear lack of political will from federal officials to set anti-gun violence policies and provide resources to combat gun violence as the public health crisis it is. Until we begin to address this pandemic at a national level and use a more holistic approach throughout the country, we will continue to see senseless gun violence in the same communities, as well as dangerous and unproductive cycles of mistrust between the people who deal with it the most and the police sent to address it.

Jumaane D. Williams is a New York City Council Member who represents the 45th Council District and is co-chair of the Council’s Task Force to Combat Gun Violence.