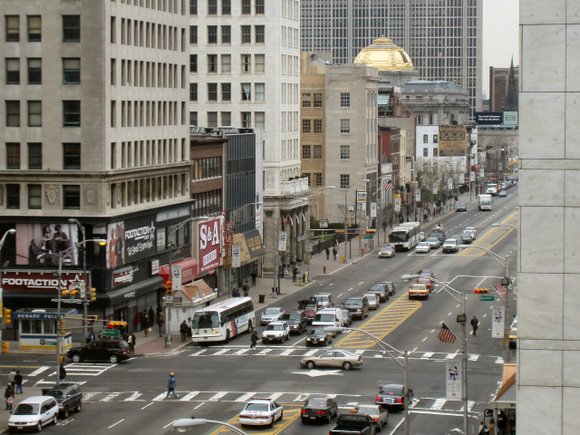 Although the race debate has recently shifted to the Confederate flag in the wake of the Charleston tragedy, Assemblyman Charles Barron and others are still keeping the focus on another epidemic: police brutality on Black bodies.

That issue will be the focal point in the upcoming Million People’s March that’s set to take place in Newark July 25. The protest, organized by Lawrence Hamm, chairman of the People’s Organization for Progress, is scheduled to begin at noon at the Lincoln Monument.

This Wednesday at 1 p.m., Charles Barron and Councilwoman Inez Barron announced their endorsement of the Million People’s March on the steps of City Hall. Charles Barron explained that cases such as that of Sean Bell, the 23-year-old man who was killed in a hail of 50 shots fired by police, and that of Trayvon Martin, the unarmed 18-year-old who was killed by neighborhood watch volunteer George Zimmerman after being harassed, still come to mind when endorsing these protests.

“The police department is out of control, but what’s even more sickening and devastating is the justice department,” Barron said. “The court system vindicates and lets [the policemen] go. George Zimmerman killed Trayvon, but it was a racist American court that let him go.”

The march has been in the making for months. In March, Newark Mayor Ras Baraka, joined by activist Dr. Cornell West, also expressed his support for the march. He, too, believed the protest was a necessity.

“We want to make sure that policemen are accountable not in the form of some abstract investigation of a police department,” Baraka said. “We want policemen to go to jail when they kill somebody, just like I go to jail if I kill somebody.”

The upcoming march will be the latest protest in a string of similar ones over the past few months, prompted by the murders of Michael Brown and Eric Garner. The largest occurred December 13, when thousands took to the streets of New York to protest.