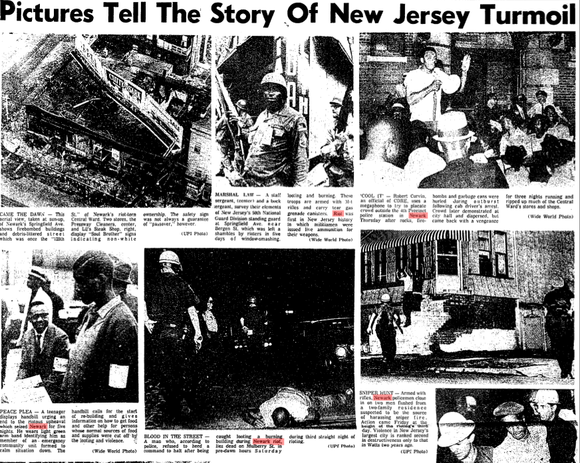 Sunday, July 12, the People’s Organization for Progress hosted its annual observation of the anniversary of the epic Newark Rebellion.

The gathering will took place at the Rebellion Monument, located at the intersection of Springfield Avenue, 15th Avenue and Irvine Turner Boulevard.

This year’s observation comes on the heels of Mayor Ras Baraka, the son of the late legendary revolutionary artist Amiri Baraka, implementing a civilian review board with full subpoena power over the Newark Police Department.

“Almost 50 years after the police brutality epidemic that sparked the Newark Rebellion, it is still the order of the day throughout the country,” said POP founder and chairman Larry Hamm

July 12, 1967, John Smith, a Black cab driver, was dragged out of his car and savagely beaten by several Newark police officers and taken into custody at the old 5th Precinct. Rumors swirled that Smith died inside.

The precinct was quickly surrounded with protesters. Others began throwing rocks and bottles at white-owned property. Over the next several days, the uprising tore down several major corridors in Newark, especially Springfield Avenue.

When the state called in National Guard troops to occupy the city and put down the rebellion, more than two dozen unarmed civilians were killed. The Newark uprising inspired uprisings in 75 other American cities, many throughout the state of New Jersey.

Just days after the departure of occupying troops, Amiri Baraka, who incredibly survived a savage beating and arrest by the police, convened a national Black Power Conference.

The rebellion also triggered a marshaling of the Black community to use the ballot to elect Blacks to leadership posts in Black-majority communities all over the country. Locally, it would mean the election of Kenneth Gibson as Newark’s first Black mayor on June 16, 1970.