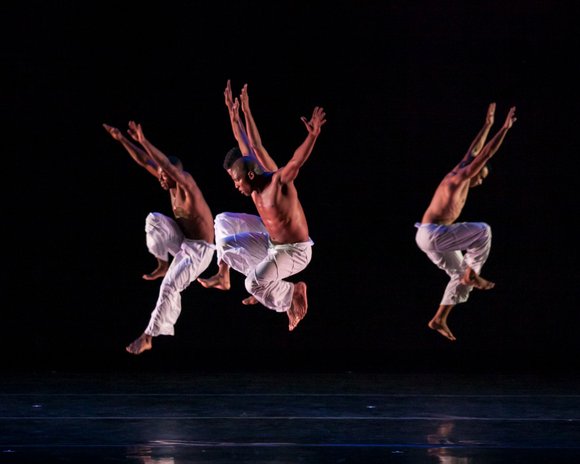 Jelon Vieira, artistic director of DanceBrazil, better known within the Brazilian dance community as “Maestre” (“Master”), is also the founder and artistic director of the Capoeira Foundation. Vieira and the late Loremil Machado were the first artists to bring traditional Afro-Brazilian dance and capoeira to the United States over 30 years ago. Capoeira is a traditional dance and martial arts form from Africa used as a means of fighting enslavement in colonial Brazil. Since then, in works for DanceBrazil, Vieira fuses capoeira, Afro-Brazilian movement and contemporary dance through conventional costumes and elaborate sets that meld the traditional with the new. Without fail, the experienced dancers always offer raw yet technically proficient performances.

For DanceBrazil’s recent season at the Joyce Theater, of the three works on the program, Vieira choreographed two, “Gueto” (2014) and “Malungos,” a Joyce Theater premiere. In both works, Vieira’s movements tell life stories and mix in the complex history that make up Brazil. It is raw and unapologetic.

“Gueto” is still rich since last year’s premiere. Framed by the bare walls of the theater, the dancers bring to life the comings and goings of children, friends and newfound families running the streets or favelas (slums) of Brazil. Arms jolt in the air, fingers splay and hips thrust forward, asking “What’s up?” The eight men and two women form groups that move together with a swagger or burst into rounds of capoeira bouts in a circle. They confirm Vieira’s “testimony” to people in the marginalized communities.

Vieira’s story for “Malungos” comes from the name that enslaved prisoners on the ships used when greeting each other, and there are some literal references to the triangular crossing when, in a line, bodies intertwine and legs trudge for balance. In “Gueto” and “Malungos,” the vocabulary is similar, and what differentiates and gives both works strength is the full-on dancing from the company. Their in-your-face steadfastness and their ability to personify Vieira’s fusion is what holds the eye. The very literal “Buzios,” exploring African divination that Brazilians inherited, was by company member and rehearsal director Guiherme Duarte. Another traditional staple is live music, this year by Marcos Dos Santos (aka Bibi), Nailton Dos Santon (aka Meia Noite) and Gil Oliviera. They were terrific. 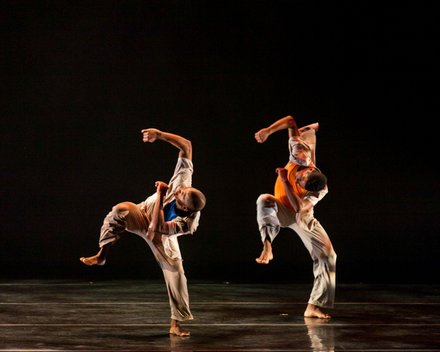 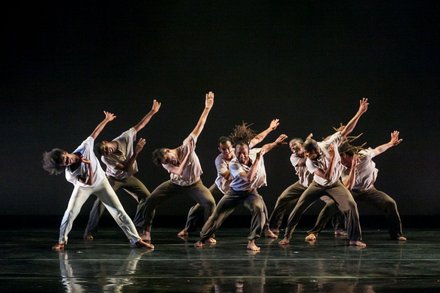 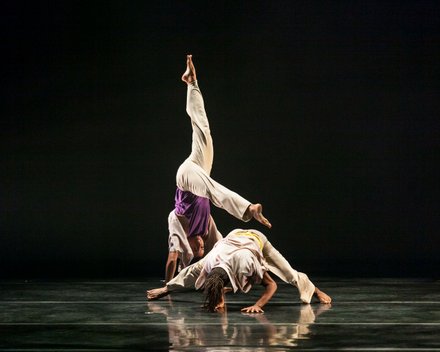 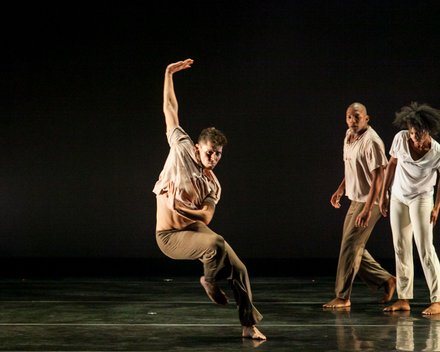