Liberty rising across WNBA land and on the road 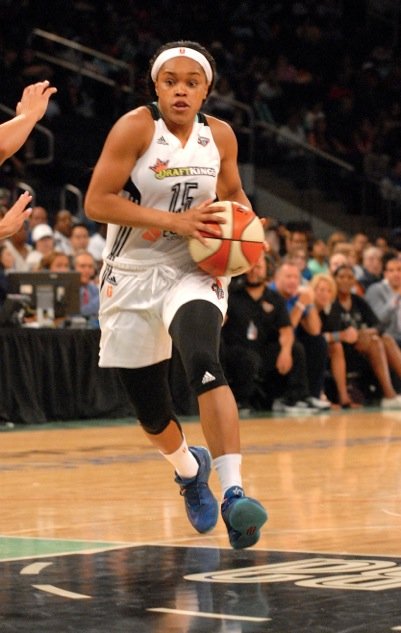 “Games like this in the middle of the season … if you can find a way to grind it out, at the end of the season, you look at your standings and it makes you a playoff team or it makes you a home court advantage team. That’s how important these wins are. They would have lost these games the last two years. We would have folded, gave up and lost by 10,” said New York Liberty coach Bill Laimber after the team’s hard fought 64-57 win over the Connecticut Sun, the Liberty’s second victory in two days.

The Liberty then headed off on a West Coast road trip. Saturday night, they faced the Phoenix Mercury. Both teams entered the game 9-5, with the Mercury on a six-game winning streak dating back to June 30. The Liberty trailed by seven points with less than three minutes to play, but they rallied to win 75-73, making them the first Eastern Conference team to reach 10 wins this season.

“The fun we have in the locker room, we’re actually taking that out onto the court,” said forward Swin Cash. “Everybody is so supportive of one another given it could be anybody’s night. When it’s all said and done, we understand that we have enough to get it done. Everybody’s buying into that.”

So far, it’s been a season of records. It’s the team’s best start since 2001. Attendance of 18,617 at last Wednesday’s camp day win over the San Antonio Stars was the largest crowd to see the Liberty at Madison Square Garden since 2002, and rookie center Kiah Stokes set a franchise record with eight blocked shots against the Sun.

However, all is not perfect after the victory over the Sun. Laimbeer said he wanted to see guard Epiphanny Prince, who scored 10 points, shoot more. She responded with 17 points in the victory over the Mercury, including the free throws that clinched the win. All agree there’s room for improvement, but that’s a good thing.

“The best thing about basketball is having fun,” said rookie guard Brittany Boyd. “We’re playing together as a team. Everybody’s doing their job.”