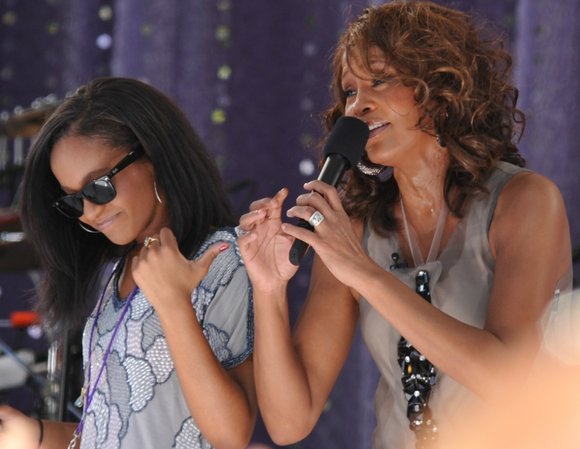 The daughter of late singer Whitney Houston, Bobbi Kristina, has died after being in a coma for six months. She was 22.

Reports indicate Brown passed away on Sunday in hospice care in Atlanta. In a statement, the family thanked everyone for their support.

"Bobbi Kristina Brown passed away Sunday, July, 26 2015, surrounded by her family," the statement said. "She is finally at peace in the arms of God. We want to again thank everyone for their tremendous amount of love and support during these last few months."

On January 31, Brown was found in a bathtub not breathing and unresponsive in her townhouse in Atlanta. She was placed in a medically induced coma and was moved to hospice in June.

An autopsy is being planned to find out what happened to her, according to reports.

Brown's mother, superstar singer Whitney Houston, died in 2011 after an accidental drowning in a bathtub at the Beverly Hilton Hotel.

Born on March 4, 1993 in Livingston, NJ, Brown had aspirations to start a music career. Her father is R&B singer Bobby Brown.