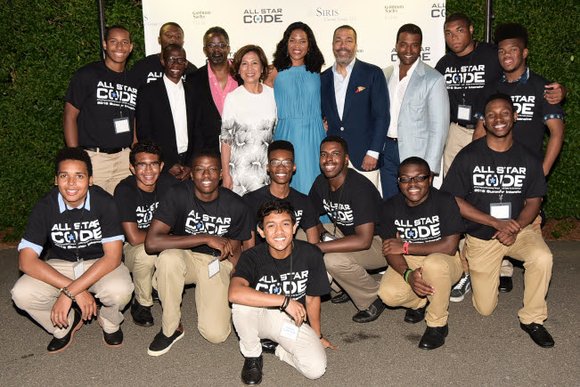 With the shared goal of empowering students everywhere to reach their highest potential, AT&T has awarded All Star Code $100,000 through AT&T Aspire. This exciting new collaboration will additionally provide seven All Star Code students, who will be named AT&T scholars, with scholarships, free laptops and supplies for embodying creativity, intellect and curiosity.

“Our boys are a tremendous pool of untapped talent. Teaching them to code is an investment that has unlimited potential return, whether in new ideas and innovation or increased economic opportunity, and we’re tremendously excited to have AT&T’s help in fostering the next generation of tech pioneers,” said Halpern.

“Confident, qualified young men of color who are ready to enter STEM careers are essential to the future of our business and our community,” said Nicole Anderson, executive director of philanthropy with AT&T. “All Star Code works to grow the field, and we are thrilled to support the program and our AT&T scholars.”

The benefit began with a cocktail reception and interactive, student-created game stations. The stations comprised games designed, coded and run by All Star Code students and alums and were enjoyed by a number of high-profile attendees, including Miss USA Olivia Jordan and “Real Housewife of New York” star Kristen Taekman. 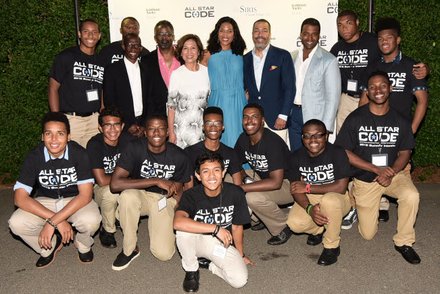 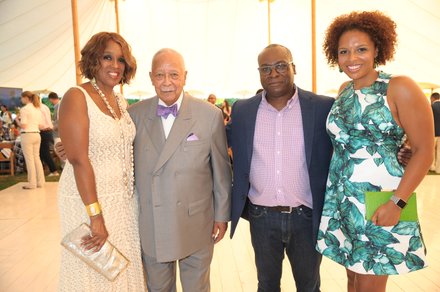 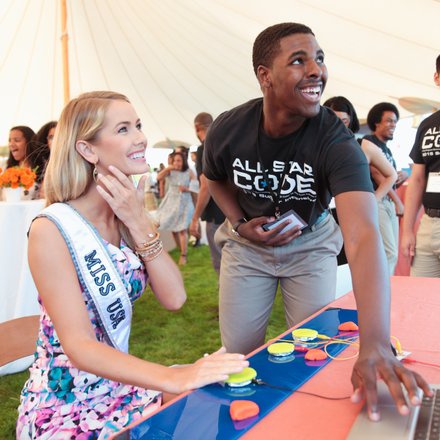 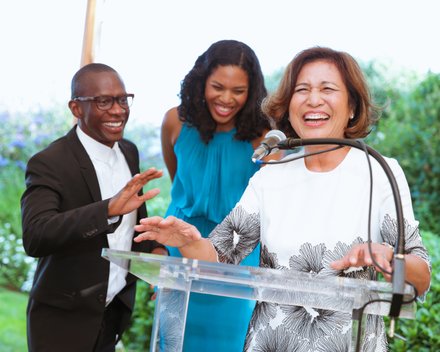