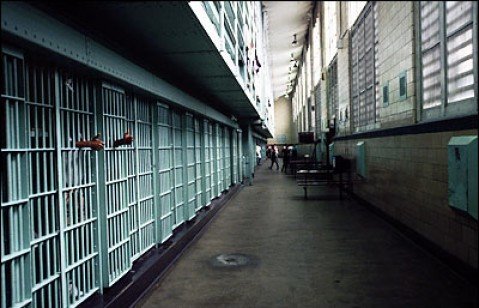 It’s time to reform Rikers Island. You might not expect to hear those words coming from me, but it is the truth. After all, in the words of Dr. Martin LutherKing, “Silence is betrayal.”

Reform is needed, not just for the inmates, but for the 9,000 correction officers who patrol that precinct —the city’s most dangerous—every single day.

Those officers are mothers and fathers, sisters and brothers, sons and daughters. They are taxpayers who perform a vital civil service and do a perilous job that most people have no interest in.

Here are some facts that you might not know about our members:

• More than 57 percent of correction officers are female.

• More than 50 percent are African-American.

• Roughly 75 percent of our membership live in the five boroughs.

Simply put, we are your neighbors, your friends and your family. In fact, some of our own children and family members are incarcerated in these violent facilities, and we as parents, aunts and uncles don’t want a failed system. We want a fair system.

We want the safest environment for everyone on Rikers Island, and making that happen requires an honest discussion absent the rhetoric that often dominates the debate about the jail’s future. Real reform will be achieved when all stakeholders are brought to the table while keeping two goals in mind— safety and security.

The problems in our city’s jails run deep, and by excluding the correction officers from having a voice, the leadership at the Department of Corrections is doing the entire city a disservice. The correction officers are on the ground inside the jails and serve as eyewitnesses to the system’s failings. Shutting those men and women out will only exacerbate the problems.

Why do we need to be a part of the conversation? Nearly every day correction officers are violently attacked by inmates who kick, punch and slash and throw urine and feces at them. Although we counsel every officer to act with restraint, their safety and the safety of the other inmates is our top priority.

The press often shines a spotlight on the rare cases of excessive force—and we agree. If a correction officer uses excessive force, that officer should be punished and held accountable.

We hold our members to the highest standards, and it is critical to remember that the vast majority live up to their obligations under the law.

What the media fails to recognize are the correction officers who risk their lives to save inmates when they are being attacked inside the jails.

Real change and real ideas are needed to fix the entire system. Here are four initial steps that will immediately help remedy the crisis:

• Provide real leadership from the Department of Corrections: Chief Martin Murphy, the man who supervises operations on Rikers Island, is woefully under-qualified for his position. He was never a warden or a deputy warden, and simply put, he does not have the experience needed to lead this effort.

• Treat mentally ill inmates: The way we handle mentally ill people accused of crimes is disgraceful. The mentally ill do not belong on Rikers Island. The city recently fired Corizon Health, a for-profit company that completely mismanaged treatment of the mentally ill. Now it is time for the city’s Department of Health and Mental Hygiene to step up and come up with real solutions. We’re ready to help.

• Properly train correction officers: Despite the violent environment in which they work, correction officers receive no self-defense training. This negligence is a shocking failure from the Department of Corrections—and one we can rectify for the next class of officers that is set to enter the academy this week. We cannot afford to wait.

• Fix the failing infrastructure: Rikers Island is physically falling apart. The floors, the roofs and the buildings themselves are collapsing. We need real capital investment in these facilities. Take a look around the country and you will find the safest jails are the ones with modern infrastructure.

In addition to these steps, we are ready to work hand-in-hand with Mayor Bill de Blasio. His proposed new approach to how the city handles bail for low-level offenders is a start. Any policy that takes people off Rikers Island who do not deserve to be there is something our union supports. However, the problems on Rikers require a comprehensive effort. We are ready for change. Our door is open. It’s time for everyone to come to the table and start tackling these issues.