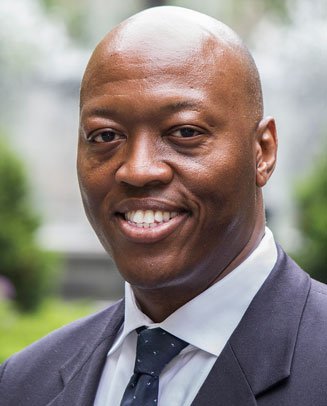 As we approach the midpoint of the year, New York City residents are eager for a summer filled with outdoor activities, street fairs and community-based events throughout the five boroughs. Harlem is getting an early start with its second annual Cops and Kids Day of fun and food June 11 at 1 p.m. at the famous Rucker Park.

This event brings the community and New York City’s Finest together for a friendly competitive basketball tournament, great food, fun interactive games and live entertainment headlined by the renowned Kid Capri and Reggie Reg from the legendary group, Crash Crew.

The organizers and sponsors of the event are members of the Harlem Clergy Community Leaders Coalition, New York Public Advocate Leticia James, Healthfirst, the New York City Police Foundation, ManPower, WellCare, the New York GOP and a host of community-based organizations that include Harlem Mothers SAVE and Man Up in Harlem.

The spirit and tone for the day will be set by a “Walk for Life,” which will call for an end to the violence, shootings and killing of each other in the community.

The walk will be led by clergy, elected officials, community leaders and the New York City Police Foundation and joined by Harlem residents and corporate sponsors. Participants will gather at 2 p.m. on West 128th Street between Frederick Douglass Boulevard and St. Nicholas Avenue and walk to Rucker Park to greet the kids as they are dismissed from school.

As the weather heats up and the school year comes to an end, New York City is experiencing a sharp increase in homicides and violence. According to recent reports from Police Commissioner Bill Bratton, the city’s homicide rate is up 20 percent compared with this time last year, leaving many to wonder if our streets are becoming dangerously unsafe.

To Bratton’s credit, he has called for 1,000 more cops to help with community relation building to prevent crimes and keep communities safe and secure. The additional cops will help to maintain a strong police force that is called on to work tirelessly and one that accumulated more than $650 million in overtime last year.

James is a longtime supporter of safe and healthy communities amid a law enforcement that is predicated on community policing. During the planning process, she stated, “The public advocate is proud to be a partner in an ongoing effort to improve police-community relations.”

The event organizers and many in the Harlem community believe that events such as Cops and Kids Day are proactive ways to heal community and law enforcement relations and that safety is a shared responsibility.

John Burnett was the 2013 Republican candidate for New York City comptroller. He has more than 20 years of experience in risk management, operations, governance and compliance at some of the world’s top financial services and business information companies. He also is a contributor for U.S. News & World Report and strategic advisor for New York State GOP. Follow him on Twitter @IamJohnBurnett.