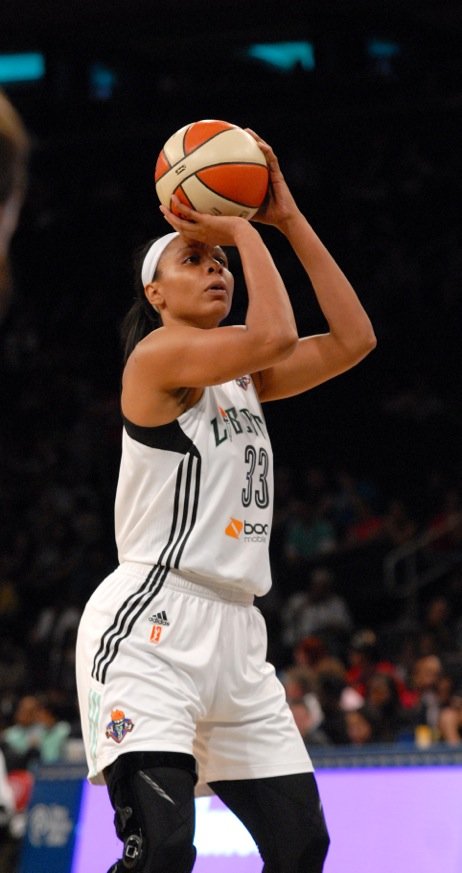 The Liberty's Plenette Pierson is on her way to shoot hoops in Italy.

It’s been a hard fought, somewhat disappointing preseason for the New York Liberty. Newly acquired All-Star guard Epiphanny Prince made only a brief appearance in training camp before heading off to Europe to play with the Russian national team as they try to qualify for the 2016 Olympics. She will miss the first 10 games of this season.

Her absence was felt in preseason losses to the Chicago Sky and Atlanta Dream. The latter game, an 85-72 loss to the Dream at Madison Square Garden, showed moments of great promise, particularly when rookie Kiah Stokes and veteran Tina Charles were on the court together. Coach Bill Laimbeer said he anticipates playing them together a lot.

“I’m throwing [Stokes] in the fire right now,” Laimbeer said. “I want her to soak up every little piece of information on how to play the game in the WNBA right now during training camp. She’s pretty good; she’s very steady.”

Laimbeer has been pleased with the effort the players are putting forth and the chemistry they have. Rookie Rebecca Allen, a 6-foot-2 forward from Australia, has been even better than expected. Guard Sugar Rodgers has lost weight since last season and is playing well, with 11 points in the game versus the Dream and 22 points in a scrimmage against the Chinese national team. Veteran guard Essence Carson finally seems to be back in shape after her 2013 knee injury.

“I want for her to look to be aggressive offensive-wise,” Laimbeer said. “I thought she went looking for shots she’s supposed to shoot for us and made a few of them.”

Carson is the only player left from when Laimbeer became the Liberty’s head coach in 2013.

“We wanted to get a different attitude, different culture of where the New York franchise is going,” he said. “High energy, skilled players that are going to be here for four, five, six, seven years. Hopefully the fan base will grow with them, encourage and elevate their games. That was our plan. So far, I think we’ve accomplished putting this team together that way. Now we have to go out and come together as a unit and win basketball games.”

The Liberty finished preseason play with an 85-80 loss to the Minnesota Lynx. Regular season play begins tomorrow at the Garden versus Atlanta.