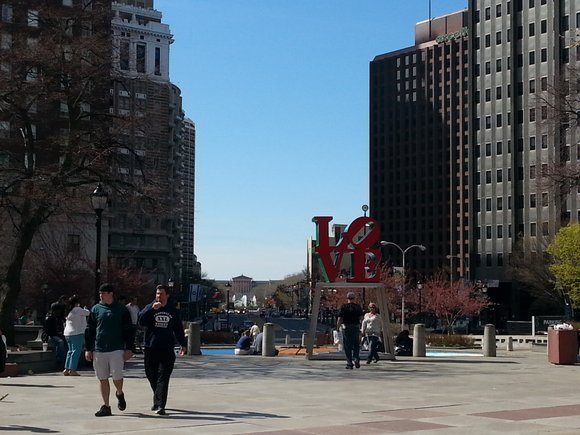 Hot festivals, vibrant theater productions, cool exhibits and more of Afrocentric interest that educate, share and inspire are all on the travel itinerary for this summer and beyond. Here are just a few to get your warm weather planning underway. Enjoy!

One year has passed since the mega theater hit “Motown the Musical,” “the true American dream story of Motown founder Berry Gordy’s journey from featherweight boxer to the heavyweight music mogul who launched the careers of Diana Ross, Michael Jackson, Stevie Wonder, Smokey Robinson, Marvin Gaye and so many more,” went on the road. A slew of dates have been added through July 2016 before the play returns to Broadway in the summer of 2016. Additionally, original Broadway cast member Julius Thomas III will be returning to the national tour for a limited engagement in the role of Berry Gordy. The upcoming tour dates are:

Arguably the most soulful circus on the planet, the UniverSoul Circus presents an entertaining, family friendly show produced, directed and managed by primarily people of color. Its entertainers are world-class acts from around the globe, including clowns, aerialists, Caribbean and hip-hop dancers, magicians, contortionists, wild animal tamers, daredevils and more.

The Art Sanctuary Gallery in Philadelphia is proud to host the special exhibit “Barkley Hendricks: Oh Snap,” featuring the rarely seen works of contemporary artist Barkley Hendricks. Known for his pioneering contributions to Black portraiture and conceptualism, Hendricks’ life-sized oil paint portraits beautifully and poignantly depict people of color in a variety of life scenes. The exhibit will also feature photographs from his time in Lagos, streetscapes and shots of Fela Kuti, the late drummer, pianist, civil rights activist and songwriter who pioneered Afrobeat music and was repeatedly arrested and beaten for writing lyrics that questioned the Nigerian government.

Presented at the Patricia and Phillip Frost Art Museum at Florida International University, “Creole World” highlights the photographic excellence of artist Richard Sexton, who has spent the past 40 years “capturing the architectural and urban similarities of Latin Caribbean cities throughout the interconnected Creole world: Haiti, Colombia, Argentina, Cuba, Ecuador, Panama and New Orleans.” The exhibit is peppered with beautiful photographic essays, plus 50 photographs from Sexton’s travels, that together map the visual, historical and cultural connections between the destinations, including difficult to travel to and challenging to photograph neighborhoods, exotic urban locations and other places because of a variety of life events, such as natural disasters, politics, warfare and the like.