Is Fabolous the new ‘King of New York’? 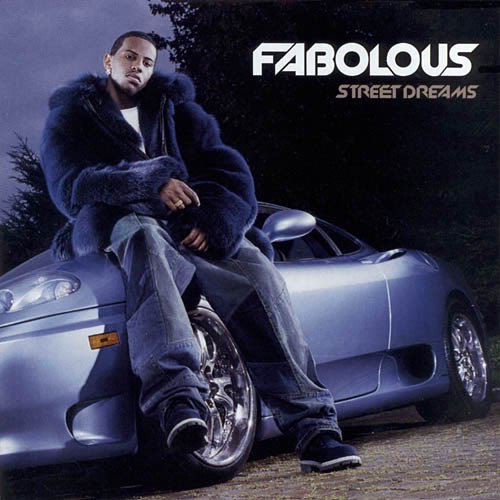 For a designation that has no tangible perks to speak of, it’s undoubtedly the most coveted moniker in hip-hop—the “King of New York.” How does one actually ascend to that perch? Is it self-proclaimed? If the coronation holds true to its history, maybe so.

For those who can remember, Bad Boy Records publicly anointed the Notorious BIG as such in ceremony-like fashion, complete with a throne and crown. Since then, minus the pomp and circumstances, the title has been debated ad nauseam, with the consensus generally settling on Nas or Jay Z.

The game was shaken to the core. Suddenly the title meant something again. So now the debates can occur once more. Who is it now? A strong case was made Sunday at MetLife Stadium during Summer Jam 2015 by an emcee who has been consistently overlooked: presenting Fabolous.

As advertised, “Fabolous & Friends” more than lived up to the billing as the Brooklyn emcee flaunted the respect he has garnered from years of putting work in. His string of guest performances ranged from present mainstays, such as Chris Brown and French Montana, to artists who he has enjoyed and influenced him during his growth as a man and artist, including Black Rob, Busta Rhymes, Remy Ma, Fat Joe, Method Man, Redman, Raekwon, Mobb Deep, Lil Kim, the Lox and Ma$e.

Although this tactic is part of the allure and formula of a Summer Jam performance, what gave this a much more organic feel was, again, the work put in by Fab throughout the calendar year leading up to the moment. It wasn’t a contrived situation at all, it was a culmination.

While he’s a respected commercial artist (platinum recordings, major award nominations, etc.), he maintains a work ethic that also solidified his standing in the underground. He got his name by killing mixtapes, and come 2015, he’s still killing mixtapes. With two three-part series between 2010 and 2014, titled “There Is No Competition” and “The SOUL Tape,” respectively, on the strength of the lyricism, Fab may have actually grown a fan base, at the least fortifying his reputation as an artist.

2015 saw what was called “Friday Night Freestyles” added to the mix. Fifteen of these selections have been compiled for the “Friday Night Freestyles” mixtape. Accompanied by DJ Clue, freestyles rhymes are laid over classic soundbeds such Mobb Deep’s “Shook Ones” and “Quiet Storm,” Nas’ “Life’s a Bitch,” Wu-Tang Clan’s “Ain’t Nuthin Ta F*ck Wit” and even Mad Lion’s “Take It Easy.”

Fab told Billboard of the inspiration for the project, explaining, “I wait till Friday. I listen to the beats all week. I listen to ’90s joints, I’ve got a ’90s playlist. And I listen to see which joints come in. … Towards the end of the week, I start saying, ‘This one sounds like a vibe I want to go to.’ And then by Friday, I start really putting it together. I don’t want it to be premeditated. Started on Monday and Tuesday and then put out Friday. I want that organic Friday energy.”

Those steps led to what occurred on the Summer Jam stage. Is it enough to sway the streets to hand him the crown? Hmm.

I’m out. Holla next week. Till then, enjoy the nightlife.