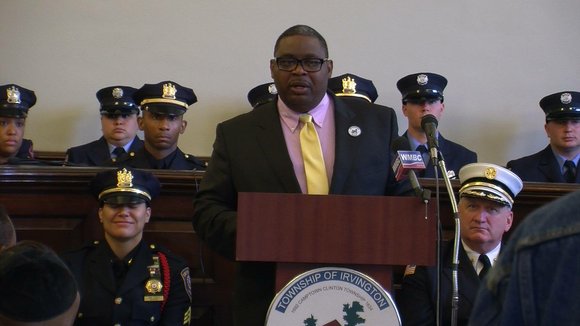 Some of the components of the plan include the existing placement of police officers at Housing Authority properties, as well as schools. Detective/Capt. Lester Wilson will oversee the operations of the 2015 Summer Plan.

There are several units that have been developed and deployed for the summer challenges, including the Threat/Shoot Team, the Criminal Investigations/Detective Division/NITRO, Special Task Force SAFE Operations and Communications Section.

Vauss also announced that the Housing Department’s Code Enforcement Inspectors, under the direction of Housing Director Ted Green, will be focusing on code enforcement violations. Along with the Civilian Service Officers, the Housing Inspectors will make sure that quality of life violations are noted and penalized. Traffic violations will also be a focus of the plan.

“Criminals and violators are put on notice that if they plan on doing anything wrong, Irvington is not the place for them. We will not tolerate it,” said Vauss. “To my fellow residents and business owners and operators, I say, ‘If you see something, say something.’ It is only together that we can make Irvington safer.”