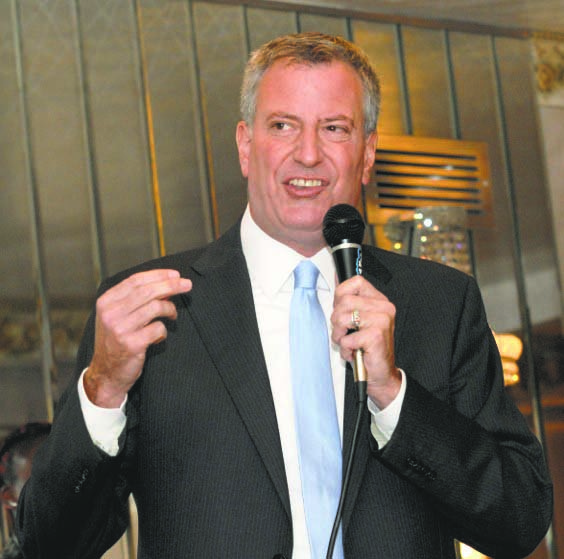 Some New Yorkers might wonder aloud who’s exactly in charge of education in New York City.

Last week, New York City Mayor Bill de Blasio’s administration was caught off guard when members of the mayor’s Panel for Educational Policy voted against the administration’s recommendation to put a Success Academy charter school inside Andries Hudde Middle School in Midwood, Brooklyn. It marked only the second time in the 13-year practice of mayoral control of schools that a panel rejected a city proposal. The panel consists of 13 members, eight of whom were chosen by de Blasio.

Couple this with the recent questions of mayoral control of schools in the first place, and de Blasio is fighting from all angles with the state, charter schools, the city and public perception.

“Either Mayor de Blasio never intended to honor his commitment or, alternatively, he has lost his ability to influence and lead the PEP,” said Moskowitz.

“If Mayor de Blasio wants mayoral control, he should show he's willing to use it. If he won’t use it, then someone else needs to take control of the city’s schools,” Moskowitz said. “Our schools require dramatic change. A mayor who can’t or won’t push through a PEP vote to fix a single school hasn’t faced up to the dramatic leadership called for by our educational crisis.”

In the war between the mayor and charter schools, the latter is winning.

When de Blasio first challenged charter schools, he was met with blowback. The mayor pledged to reduce funding, change plans and charge rent for public spaces. The response? A barrage of protests, advertisements and lobbying via charter school advocates. The group eventually won over New York Gov. Andrew Cuomo.

According to a law passed in 2014, after the media blitz against de Blasio, he has had to cut checks to charter schools paying for their own space, which could cost the city nearly $10 million this school year. The city also has to spend $40 million to cover rent costs of eligible charter schools based on whether they are given space inside of a city-owned building. Eligible schools can also receive up to 20 percent of total school funding for those students. This year, that comes to approximately $2,755 per student.

A Department of Education spokesperson confirmed to the AmNews, “We spent around $10 million on rent this year and anticipate spending around $22 million next school year.”

The battle has been lost, and the mayor will have to do a lot of work to win the war.