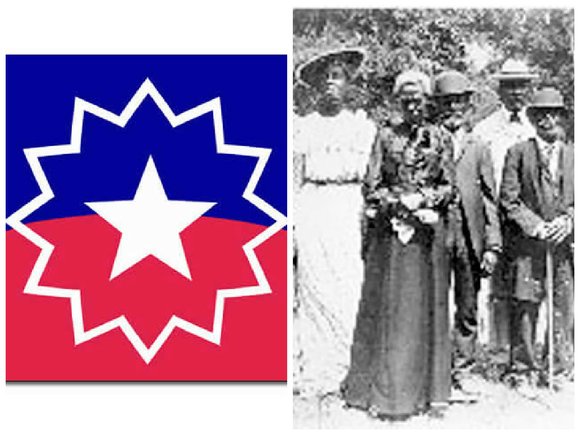 “Juneteenth” or the “19th of June” is a celebration commemorating the ending of slavery in the United States. It recognizes June 19, 1865, when Union General Gordon Granger arrived in Galveston, Texas and enforced the Emancipation Proclamation freeing all of the remaining slaves.

“It symbolizes the end of slavery,” said Dr. Charles A. Taylor, author. “Juneteenth has come to symbolize for many African-Americans what the fourth of July symbolizes for all Americans -- freedom.”

Three points were encouraged for Black Americans in a press release from Project 21, an initiative of The National Center for Public Policy Research to promote the views of African-Americans.

Use Juneteenth as a time to assess how the government is infringing on rights. Take advantage of the opportunities and liberties that those before them did not have. Protect their freedom against the increase of government policies that can restrict them.

"Blacks must realize our basic freedoms have never been more under attack in the modern era than they seem to be now," said Project 21 member Kevin Martin, a Navy veteran. "Blacks suffered the brunt of the Great Recession and were left behind by a jobless recovery, yet it is the progressives who oversaw this debacle who claim to have our best interests at heart. Black conservatives must be like those Union soldiers of 150 years ago in bringing word that Blacks no longer need to unquestionably embrace progressive policies. They need to teach that, through conservative tenets of self-reliance and educational choice, we can achieve and maintain our freedom."

President Abraham Lincoln issued the Emancipation Proclamation on September 22, 1862 and it went into effect on January 1, 1863. It stated within the rebellious states that “all persons held as slaves are, and henceforward shall be free.”

This wasn’t the case in Texas until nearly two and a half years later as it was the only remaining state, after the end of the Civil war, to allow enslavement.

“It serves as a historical milestone reminding Americans of the triumph of the human spirit over the cruelty of slavery,” Taylor said. “It honors those African-Americans ancestors who survived the inhumane institution of bondage, as well as demonstrating pride in the marvelous legacy of resistance and perseverance they left us.”

Juneteenth festivities were meant to entertain but also focused on education and self-improvement, while motivating self-development and strengthening respect of all cultures.

The African Burial Ground National Monument celebration will be on Friday at 1 p.m. Marta Effinger-Crichlow will discuss her book "Staging Migrations toward an American West: From Ida B. Wells to Rhodessa Jones." The lecture is free, open to the public, and located on the first floor of 290 Broadway in Lower Manhattan, just north of City Hall.

The sixth annual “Juneteenth 2015 Family Fun Day” celebration, hosted by Umoja Events, will be celebrating the emancipation of slavery at Gershwin Park in Brooklyn, NY on June 20 from 11 a.m to 6 p.m.

“Juneteenth is African Americans’ Independence Day,” Rev. Ronald V. Myers, chair of the National Juneteenth Holiday Campaign said, because “the Fourth of July does not capture, for us, freedom.”

On June 14, 2014, the U.S. Senate declared June 19 as “Juneteenth Independence Day.” As of May 2014, 43 states have recognized “Juneteenth” as a state or ceremonial holiday and a day of observance.

The Juneteenth Flag is a symbol that brings all Americans together to recognize African-American history and freedom.