Ramadan opens with a salute to Elijah Muhammad 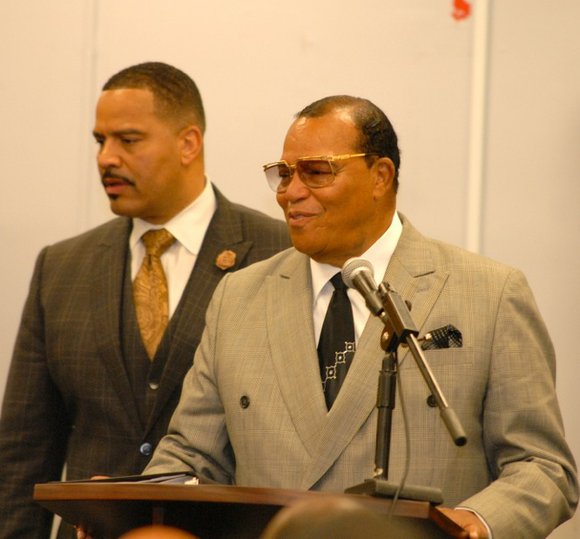 The Honorable Elijah Muhammad, founder of the Nation of Islam, who opened Black America to the acceptance of Islam, along with the discipline of fasting, will be honored at a reunion titled, “The Love That Love Produced,” Saturday, June 20, 6 p.m., at the Borough of Manhattan Community College, 199 Chambers St., in lower Manhattan.

The Holy Month of Ramadan event is co-sponsored by the Coalition of Muslims Pre-1975 and BMCC’s Student Government Association as a tribute to the elders and is an open invitation to reunite followers of Elijah Muhammad who joined his organization in the 1950s, ‘60s and ‘70s with younger Muslims.

In 1975, the Nation of Islam split into various Islamic communities. Other members became inactive, no longer teaching their neighbors Black history, healing dietary habits and the importance of independent education and owning businesses.

In the minds of the organizers, salutes such as this event are necessary to offset the intentional disappearance of Elijah Muhammad from historical accounts of the human rights movement of the period from the 1950s through the 1970s. His impact through his ministers, such as Malcolm X, Minister Farrakhan, Minister Jeremiah and boxing champion Muhammad Ali, is known only to Muslims.

“It is critical that we make and document our own history,” states Fajr Muhammad of Harlem’s Mosque No. 7, “because we know from experience that our story becomes ‘his’ story when they write it. Followers of the Hon. Elijah Muhammad must testify to his works and how he has saved thousands from the scrap heap of American society. Faith cometh by hearing, and the rich testimonies that the elder Muslims can share with the new converts are invaluable. Black history matters.”

Fajr Muhammad, who organized a similar overflow reunion in April, 2006, titled “Soldiers Still Standing,” said her intent was to honor followers of Elijah Muhammad who survived 1975 and were still active in spreading knowledge and guidance to their people. “Black people do not know that a brother named Ramza is the reason why Islam can be practiced in New York state prisons and jails,” she explained. “Neither do they know a sister Willa Mae Muhammad is key to a lot of Muslim sisters owning baking businesses in New York City. These were just two of the giants we gave recognition to in 2006, and I know that June 20 is going to be huge in bringing Muslims together, along with friends, families and other conscious Black minds.”

Imam Askia of Queens and Imam Alfred of Newark,NJ spokespersons for the coalition, who also are followers of Imam Warith D. Muhammad, explained that the event is a reunion of all those organizations tracing their roots to members who have emerged from the Nation of Islam, such as Masjid Khalil Ruaf Abdullah, Mosque of Islamic Brotherhood, Nation of Gods and Earth; Masjid Abdul Muhsi Khalifah; Masjid Al-Taqwa; Masjid Malcolm Shabazz; and others. The event is free. Doors open at 5:30 p.m. Presentations includes video clips, still photos, martial arts demonstrations and a drill exhibition. The event ends at 8 p.m.