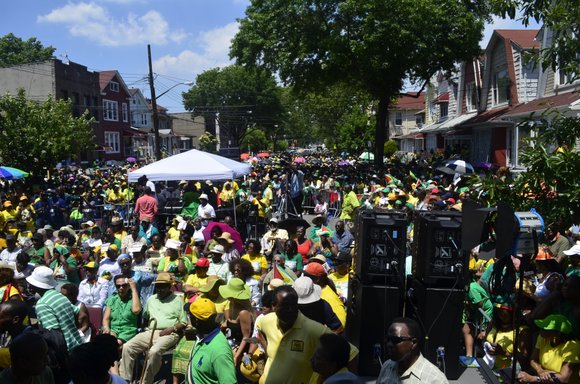 Citizens of oil- and gas-rich Trinidad and Tobago go to the polls in early September, and the governing People’s Partnership administration faces an uphill task if it doesn’t want to become the latest government in the Caribbean to be voted out by dissatisfied electors.

Prime Minister Kamla Persad-Bissessar told legislators on the weekend that the country of 1.3 million will vote for a new government Monday, Sept. 7 in the latest of more than half a dozen elections in the 15-nation Caribbean trade bloc and its affiliates for this year alone.

Depending on which one you believe, some poll findings show that the race between the Indo-dominated Partnership and the largely Afro-supported People’s National Movement could be wafer-thin, whereas others point to the exit doors for the prime minister and her team after a single five-year term.

Persad-Bissessar’s administration has been dogged, almost from the very beginning, by persistent and highly credible allegations of widespread corruption, including the distribution of wealth, privileges and other resources to friends and families of those in the elite. There has been further criticism over its inability to bring down gun and other violent crimes, and also it has had the misfortune of being in government when oil prices dipped in the past year.

All roads lead to a protracted and bruising two-month campaign that could very well see the PPP becoming the latest casualty in the region, alongside previous incumbents in St. Kitts, Anguilla and neighboring Guyana.

The opposition People’s National Movement, led by former Cabinet Minister Keith Rowley, will likely take heart from the May 11 win by retired Gen. David Granger in neighboring Guyana. Granger and his multiracial coalition ousted the Indo-led People’s Progressive Party after 23 years in office.

The issues on the campaign trail in Guyana were largely the same as that in Trinidad—corruption, nepotism, official arrogance, the inability of authorities to deal with crime and suppress the influence of the domestic drug trade. The island’s 41-seat assembly will dissolve automatically this week, clearing the way for full campaigning in the constituencies.

While all this is going on, the prime minister and her cabinet will have to deal with the fallout of the FBI’s investigation of former National Security Minister Jack Warner. Until a little more than a year ago, Warner was the main power behind the political kingdom of Persad-Bissessar, spending millions to finance her 2010 campaign and rising to the second most powerful position in cabinet.

However, that was until international law enforcement began to probe his financial dealings during the time he was a very powerful vice president of FIFA, the world governing body for soccer. He now faces extradition, and those in authority have made it clear they will help the U.S. arrest him so he can face international money laundering and corruption charges in the U.S.

Warner has begun to publish copies of checks used to finance the partnership while in opposition and during its current tenure. He has also been distributing documents with crucial information to lawyers and others in authority showing that Persad-Bissessar had personally benefited from some of the same money the U.S. and others are going after, making himself much more than a political nuisance to her campaign.

Warner has a single seat in the legislator and will likely win again in September.