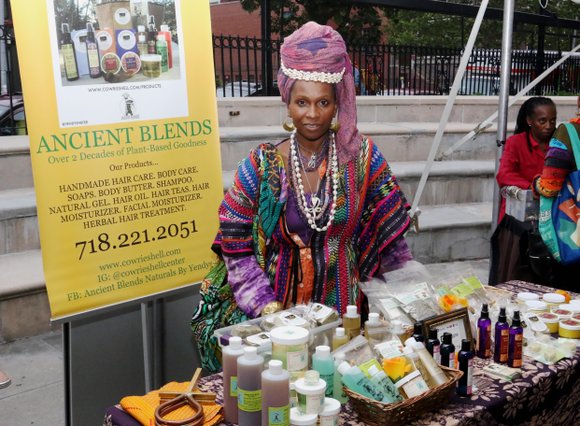 The 44th annual International African Arts Festival, also known as the African Street Festival in its earlier history, will welcome people from across the country and from around the world to celebrate African culture in the United States. IAAF will celebrate family, creativity and economic and cultural ingenuity in Brooklyn, where it all began 44 years ago.

Throughout its history, artists such as Stevie Wonder, Erykah Badu, India Aire, Hugh Masekela and many more have headlined IAAF. “I’ve got to where I am in life, not because of something I brought to the world, but through something I found: the wealth of African culture,” said Hugh Masekela.

African culture will be represented Thursday, July 2 through Sunday, July 5, from 10 a.m. until 9 p.m. The theme this year for the premiere Black cultural festival is “We Share,” representing the example set by Blacks in the U.S., who provide strong exemplary business successes, institution building and consistently positive family values.

Located at Commodore Barry Park and Navy Street between Park and Flushing avenues, performers will include Norman Connors, Living Colour, Ayanna Gregory (daughter of Dick Gregory) and the famed African Marketplace. Cita Rodriquez will open the festival of performances with New Kingston, the African Majesty Fashion show and a Children’s Play Zone.

“On Saturday, July 4 from 10 a.m. to 4 p.m., the New York chapter of the National Association of Kawaida Organizations, in conjunction with the International African Arts Festival, will host its 26th annual symposium on ‘Culture, Community and Struggle,’” said Dr. Segun Shabaka, executive coordinator of IAAF.

“It’s one of the best annual events of the summer, with good food and performances. There’s something here for everyone,” said Wayne “DJ Ace” Winston on 247Jams.com.

Visit www.iaafestival.net for additional information and directions or call 718-638-6700.