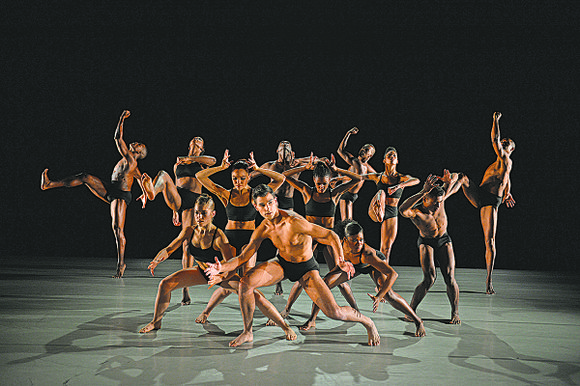 March 17, the Alvin Ailey Repertory Ensemble, better known as Ailey II, returns to the Joyce Theater with its first independent season at one of dance’s most cherished and historic venues. With eight performances from March 17 through March 22, Ailey II will feature two separate programs, each offering a mix of premiers and audience favorites performed by dancers who critics have praised as possessing a “breathtaking combination of athleticism and poise,” having “off-the-charts energy” and being “indefatigable, virtuosic and relentlessly sexy.”

Under Artistic Director Troy Powell, these multitalented performers continue to flourish and grow while protecting the company’s reputation as one of the most talented and popular dance companies in the country. At the same time, Ailey II holds fast to the mission and vision that prompted Alvin Ailey to become the first modern dance choreographer to create a second company when he launched it in 1974 and placed former Ailey dancer Sylvia Waters at the helm. Then, and now, one of Ailey II’s primary goals is to serve as both a vehicle for the promising young dancers and provide a platform for emerging and established choreographers. 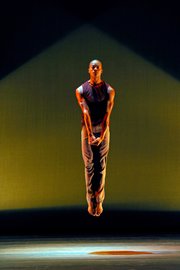 This is not an easy feat but one Ailey II executes so well that audiences are guaranteed an enjoyable and moveable feast.

The talented dancers, who are a key component of Ailey II’s winning formula, are well trained, highly disciplined and extremely dedicated. They are capable of achieving that perfect mix of unbridled energy, technical excellence and a calm-at-the eye-of-the-storm confidence that makes for mesmerizing performances. Season after season, they fling themselves headlong into the work, taking audiences on a wonderful journey.

For Ailey II dancers Chalvar Monteiro and Shay Bland, that journey is a big part of what being a member of the company is all about. In fact, Monteiro seems to be speaking for all Ailey II dancers when he says, “I want people to know that we want them to feel comforted and challenged, and to leave the theater with a renewed sense of the world because they’ve been inspired by what we do and what they see.”

Bland agreed, adding that the versatility of Ailey II dancers also “gives audiences a lot of variety, so much so, in fact, that they really don’t know what to expect from one piece to the next.” The element of surprise is part of the fun of Ailey II performances, and it’s a feature enhanced by the dancers’ eclectic background. After all, how many companies can boast dancers who’ve worked with or performed works by Merce Cunningham, Ron K. Brown, Paul Taylor, Camille A. Brown, Dianne McIntyre, Elisa Monte and Francesca Harper? Variety is the spice. After all, like their fellow company members Bland and Monteiro, they seem to relish the joy of not fitting into one choreographic mold.

That joy will be evident at Joyce Theater as the dancers sail through the unbridled athleticism of critically acclaimed choreographer and former Ailey star Dwight Rhoden’s “Hissy Fits,” deftly mastering movements that blend ballet’s technical precision with the multifaceted flexibility of modern and jazz. All this while capturing Rhoden’s desire to depict the tumultuous ambivalence of human relationships.

It continues as the dancers shift gears in Manuel Vignoulle’s athletic but more introspective work “breakthrough,” as it seeks to capture the contemporary struggle to connect in a world where that possibility is often just out of reach. The joy is there, just beneath the surface, too, as dancers whip into a series of solos, duets and ensemble sections in Troy Powell’s “The Eternal Knot” so they can capture the emotional seesaw a young man experiences while battling to assert his independence.

Then, turning on a dime, it explodes in a fusion of folk dance and contemporary movement in Katarzyna Skarpetowska’s wistful, turbulent and joyous new work “Cuore Sott’olio” (“heart submerged in oil”) and unfurls in choreographer Jennifer Archibald’s “Wings,” her unabashedly emotional portrayal of imagined interactions between angles and humans, with its ferocious yet vulnerable showcasing of the dancers’ athletic prowess and raw honesty.

And, at the end of it all, Bland says she and fellow company members want audiences to feel the same joy they feel simply as members of such an amazing cultural institution as Ailey II.