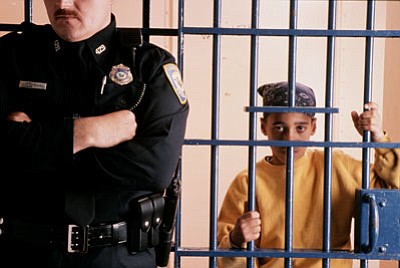 Growing up in the Bronx, I saw some of my neighborhood peers get caught up in the criminal justice system. It never made sense to me that young people would be sent to jail with adult prisoners.

Recently, I found out that New York is one of only two states where 16- and 17-year-olds are automatically tried for crimes as adults. This despite the fact that doing so has exactly the effect we most want to avoid: turning nonviolent young people—arrested overwhelmingly for misdemeanors such as shoplifting, fare evasion, and marijuana possession—into violent re-offenders, gang members and career criminals. Teens tried as adults are 34 percent more likely to be re-arrested for felony crimes than their peers in the juvenile justice system.

There are no winners when taxpayers waste millions imposing a broken system that increases violent crime, especially when lower cost and more effective interventions are available. Study after study points to the effectiveness of services such as mentoring programs. One recent study of a mentoring program for high‑risk teen boys on probation, for instance, was shown to reduce recidivism by as much as 73 percent. Another followed formerly mentored youth offenders against a control group and found that even three years later, the youth who had the benefit of a mentoring program were still less likely to be re-arrested.

Of course, as a society, we don’t just measure criminal justice policy in dollars and cents, or in crime statistics. We also owe a collective moral responsibility to our young people to give them the support they need so they can make better choices and lead full, promising lives as productive citizens.

The possibility of successful rehabilitation is stolen from the nearly 40,000 youth who are tried as adults each year in New York. At a critical moment, they are isolated from the guidance of their parents, who have no formal role in criminal court proceedings. If convicted, they are bunked with hardened criminals and are at risk for sexual victimization. The perverse logic of the prison system then overuses solitary confinement as a protective measure, which in turn increases the risk of suicide.

Once out of prison, criminal records create lifetime barriers for employment and education. Even the simple act of going home to live with family may become impossible because public housing agencies are allowed to evict entire families if one family member, even a child, is convicted of a drug offense.

These and other consequences are felt most painfully in Black and Latino families, whose children are vastly overrepresented among juvenile arrests. Eighty percent of 16- and 17-year-olds incarcerated in New York are Black and Latino.

Earlier this year, Gov. Andrew Cuomo introduced a comprehensive plan to update New York’s juvenile justice system based on the recommendations of his Commission on Youth, Public Safety and Justice, a group of legal, criminal justice and social services experts. In addition to raising the maximum age of juvenile jurisdiction to 18, the plan also raises the minimum age from 7 to 12 (except for homicide offenses, for which it would be raised to 10). Among other important reforms, incarcerated youth would no longer be jailed with adults and would have access to an array of evidence-based services, including counseling programs and supportive housing for older teens.

This package of recommendations enjoys broad support; it is good for the economy, the safety of our communities and the future of our children. If Cuomo secures its passage this year, he will succeed on a larger level, too. These reforms will catapult New York from a position of national embarrassment to one in which we are in a strong leadership position in crafting a thoughtful juvenile justice policy based on actual evidence and outcomes. For the youth and communities we continue to fail, Albany cannot act soon enough.