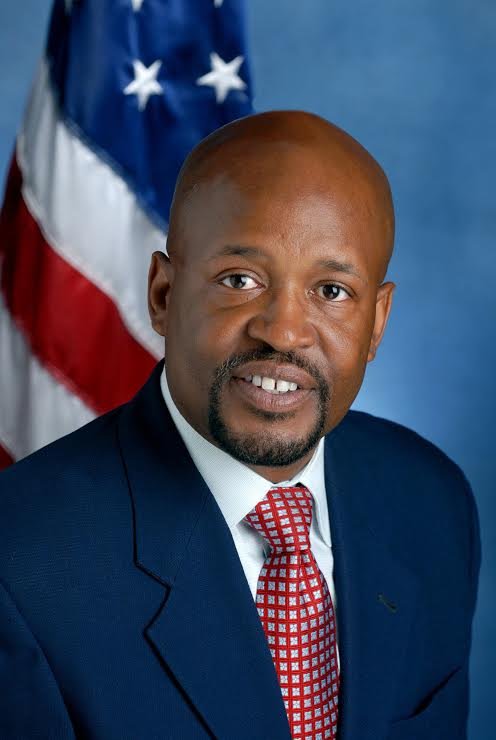 Gov. Andrew M. Cuomo appointed Darryl C. Towns in 2011 as CEO and commissioner of New York State Homes and Community Renewal. HCR organizes all of the state’s major housing and renewal agencies under one leadership structure.

Towns graduated from North Carolina’s Agriculture and Technical State University and is a veteran of the United States Air Force. As the son of former Rep. Edolphus “Ed” Towns, he followed his father’s footsteps by serving in the New York Assembly, representing the 54th District in Brooklyn for 18 years. The two were the first African-American father-and-son pair to hold public office at the same time in New York.

In the Assembly, Darryl Towns chaired the Banking, Veterans, Small Business and Science and Technology Committees, as well as chairing the Black, Puerto Rican, Hispanic and Legislative Caucus. Before his election to the Assembly, Towns was the director of community affairs at Brooklyn’s Interfaith Hospital for years. He has received the PROGRESS Community Leadership Award, the East New York Development Corporation Service Award and the New York City Housing Authority Outstanding Service Award for all that he has contributed in his time working for the state.

“Renewing communities, preserving the character of neighborhoods, fighting for the rights of those most vulnerable—these virtues are embedded along with my love of family from the cradle through every step along my personal and professional journeys,” Towns remarked.

Towns was born into a family of leaders. Both his grandfathers were ministers and activists in the South. According to him, they were people who were “driven to improve the lives of others.”

“Public service, as I learned from my elders, was a privilege and a calling—a calling my father was afforded the opportunity to embrace as a congressman, and a passion he and my mother transmitted to me and my sister with every encounter. It was always, how can we help? Is there more we can do? And how do we make it better?”

When appointing Towns as the new HCR CEO and commissioner, Cuomo stated, “I have always said that I would reach out to the best and the brightest to join my administration. Assemblyman Towns is a dedicated public servant who certainly fits the bill.”

Duncan Mackenzie, CEO of the New York State Association for Retaliators, added to this sentiment, saying that Towns “understands the necessity for home ownership expansion in upstate cities and rural areas, which will contribute to the revitalization of upstate communities.”

As the commissioner of the state’s integrated and housing and community renewal agencies and programs, Towns is tasked with the great feat of executing the governor’s new House NY program. This $1 billion investment is the largest of its kind in more than a decade. One of the goals of the program is to “in part preserve thousands of Mitchell-Lama units, which were originally built as affordable housing for middle-income residents,” according to the press release.

In regards to this mission, Towns stated, “Thanks to the governor’s leadership, HCR closes out its most successful year ever—creating and preserving the affordable housing that helps communities grow and prosper. The governor has charged our agency to be innovative and proactive, to advance affordable housing as a critical driver of stability and economic opportunity. Thousands of New Yorkers, homeowners and renters, can continue living in their communities, sustaining and strengthening the bonds of community and regional identity, because they have greater access to affordable housing.”

When asked about what he considers some of his greatest accomplishments thus far, Towns stated, “I am proud that thousands of affordable housing units entrusted to HCR will remain affordable for future generations. I am proud that 2014 has been a record-setting year for HCR thanks to Governor Cuomo. HCR provided financing for 9,363 affordable housing units, which leveraged more than $7 billion in public and private resources.

“And the governor has committed an additional $486 million for affordable housing in the 2015-16 budget … And I am proud to be considered for the Amsterdam News’ Black New Yorker. I know that my wife and daughters are saying, ‘Don’t let it get to your head, Darryl/Dad. There’s a lot more work to do.’”

Cuomo himself stated, “Everyone deserves a safe and decent place to live, and today we take another step toward helping all New Yorkers find a home … This is not just an investment in affordable housing—it’s an investment in the future of communities and neighborhoods all across New York.”

With the leadership of Towns, the commission hopes to preserve more than 14,000 affordable housing units, including 8,600 units of the Mitchell‑Lama housing stock.