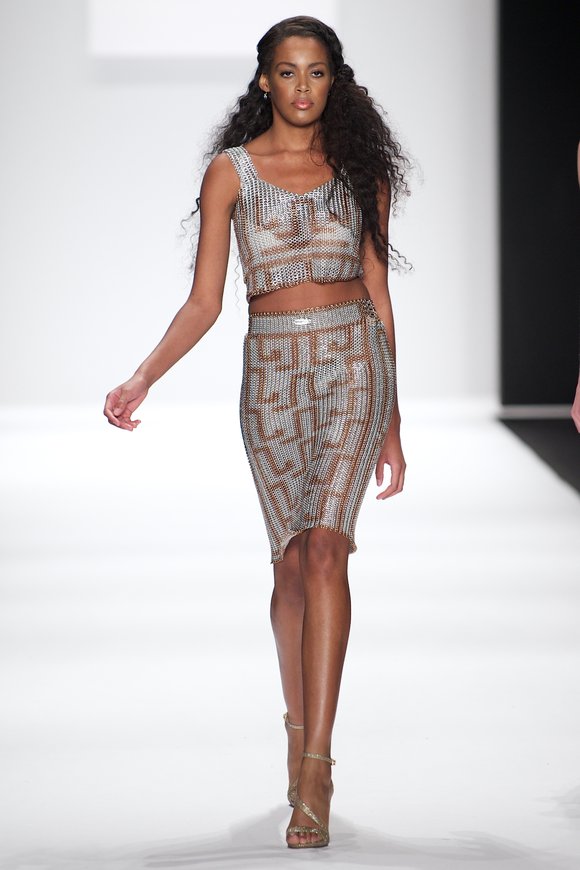 In a models-bare-all presentation, the Art Hearts Fashion bid farewell to the Lincoln Center showings with a monumental final show that was presented by the AIDS Healthcare Foundation. The talent, innovation and creativity was quite theatrical. In one show, models wore crafted armor, then wore masks in another, and barely anything in the last show for MTCostello. 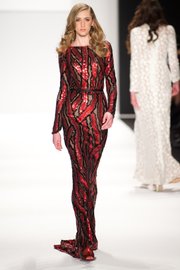 Of course, the house was filled to capacity. Celebrity guests included Miss J Alexander (“America’s Top Model”), Foxy Brown and Micah Hughes, among others. The show featured many celebrities, including Miss Universe Janine Tugonon, Jimmy Q and Anna Demidova on the runway.

For men and women, Mr. Tripple X opened the show with a sophisticated line of street wear. His bold prints and dresses stole the show. Top model Jimmy Q and Miss Universe Philipines Janine Tugonon walked the finale with designer Erik Rosette in an unforgettable moment on the runway.

Walter Mendez hit the runway next with an opulent eveningwear collection. It was very nicely executed with a palette of soft grays that transitioned to dark blues and bold velvet green looks. House of Li John featured bold patterns and sensual, high-fashioned pieces. They presented sculptured couture. 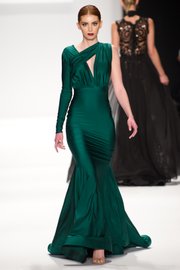 The collection was inspired by medieval craftsmanship and everyday clothing and jewelry design. Her goal was to create one-of-a-kind chainmail armor couture for the fashion-forward and art collectors around the world.

Hailing from the Netherlands, the House of Byfield showed a fresh design aesthetic that New York has been waiting for. Dapper fitted suits and men’s bags were a few of the highlights of the collection that also featured bold contemporary dresses for women.

As usual, Mimi Tran’s fall-winter 2015 line was inspired by 1920s Paris. Her group of cocktail dresses and gowns was gorgeous. These pieces were enhanced with desirable embellishments of intricate lace and latticework with gold accents on feminine forms. Colors were bold. Tran’s styles are elegant and sophisticated.

At the end, MTCostello’s showstopping gowns looked immaculate. His male solo model came down the runway wearing nothing but a golden robe. Designed by Erik Rosete, the collection, titled “All X in Wonderland,” was an edgy fairytale collection featuring royalty- and wilderness-inspired accents.

During this show, guests went crazy. Another one of his models sauntered down the runway in a prosthetic human mask. In the middle of the runway, she paused to glance at the crowd and tore the back of the mask off to reveal reptilian face makeup. It was rather emotional, especially knowing it was the last show.