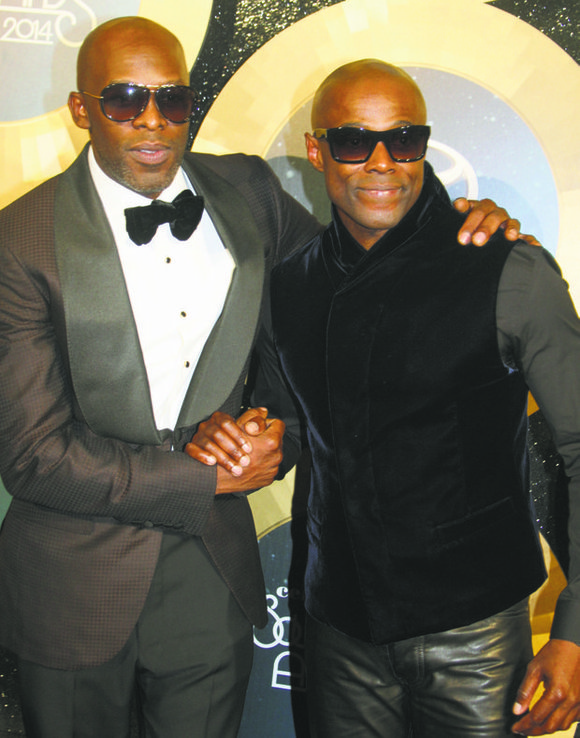 If you haven't seen Kem live ever – peoples you are going to be in such a treat on Thursday, 5th March 2015, at the Barclay's Center in Brooklyn. He is featured in a line up which includes Charlie Wilson and Joe.

Kem has a classy, intimate, uber-smooth delivery. His deliberate humility, is matched by his outstanding ability to reach every range in a single song, inspiring sweet remembrances alongside future hopes with a romantic inclination.

The brother is gifted. And his fans – from the twenty-somethings to the great-grand folk love them some Kem.

“I live a charmed life,” he told the Amsterdam News on the eve of his New York gig. “I'm doing what I was called to do. I am living my passion, it is part of who I am and I am very grateful.”

The man who brings his charismatic dulcet tones to passionate heights is deeply entrenched in growing the artistry of R&B. So his songs are nurtured with an intense focus.

He tells the paper, “I hope that the listener gets an honest look at love and relationships – the good and the bad. And also I want the listener to walk away knowing that they have experienced a piece of work that has been cared for, that there is a quality in the music; from the texture of the song itself, to the way it is recorded, to who mixes the album, and who masters the album. All those things make a great piece of work.”

Kem is the three-time GRAMMY®-nominated artist – who currently tops the Urban AC radio chart with his newest single “Nobody” – and is the special guest on R&B legend 'Uncle' Charlie Wilson’s “Forever Charlie” tour, which also features Joe [Thomas].

Sure you will hear classics like “I Can’t Stop Loving You,” “Love Calls” “Why Would You Stay” and hopefully “Share My Love.” But don't sleep on hits from his new chart topping album “Promise To Love,” which is packed to the hilt with the warm, candlelit R&B serenades that the Nashville-born, Detroit-bred singer has built his career on. He will be blessing the crowd with his new Urban AC radio number one, GRAMMY®-nominated hit “Nobody,” and “It’s You,” which spent five weeks atop the same chart. Both hits are from KEM’s latest album, Promise to Love, which debuted at No. 1 on the R&B Albums chart and entered the Billboard 200 at No. 3.

Fans have hung on his every strong note since his first album, Kemistry – released on his own Kemistry Records label in 2001; then came the equally well-received KEM (on Motown,) then KEM Album II, Intimacy, What Christmas Means, and now Promise to Love. KEM have solidified himself as a bonafied R&B singer/songwriter super star.

“I'm a song writer first. I am a lover of great songs,” he says.