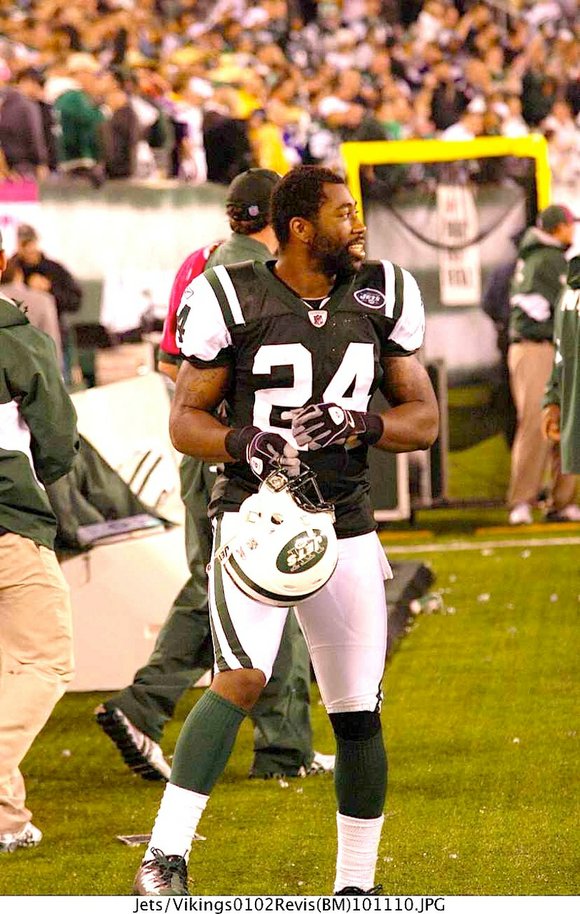 he Jets showed the green and some love, and Revis says he’s ready to claim his job as the best cornerback in the world. (Bill Moore photos)

In a road trip that lasted some 23-plus months with vacation stops in Tampa Bay and New England, Darrelle Revis, considered by one and all to be the best cornerback on this planet, is back in the green and white of the Jets. And for that, his agent should more than share in the richness of a reported $70 million contract.

The pact, as it was announced, is loaded with nothing but good cheers for Revis. He should thank former Jets General Manager John Idzik, who sent Revis on his vacation away from the Jets. Hey! Let’s give some cheer to Idzik. Had he not given Revis away, he wouldn’t be currently glowing with all-American richness.

The contract should be placed in the Hall of Fame. The brother, should he blow this pact away, should never again be permitted to lace up his running shoes, adjust his shoulder pads or put another helmet on his knot.

Meanwhile, his agent should, at this very moment, be preparing himself for a trip to the Agents Hall of Fame. He should also be prepared for the scores of pro athletes who will come knocking on his door. At the same instance, he should prepare himself for the general managers, who are, at this very moment, making sure another player who isn’t a quarterback won’t be the recipient of what we will now call the “Darrelle Revis New York Jets General Manager Mike Maccagnan Deal.”