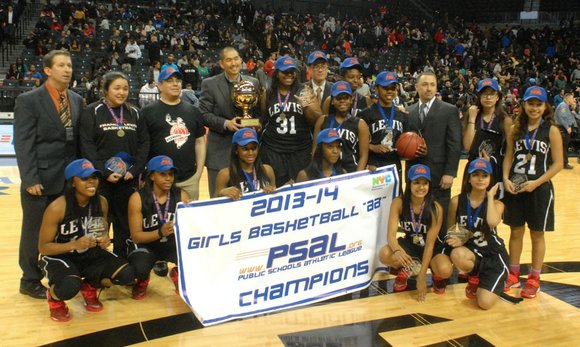 With 722 victories on his resume, Ron Naclerio, the head coach of Cardozo’s boys varsity basketball team, is inarguably one of the most successful high school coaches in New York City hoops history.

Billy Turnage, Naclerio’s counterpart at Wings Academy in the Bronx, is seeking to etch his name on the coveted list of coaches who have won a Public School Athletic League city title.

The two will have the opportunity to respectively expand and establish a legacy this Saturday at Madison Square Garden when their teams meet in the PSAL AA city championship final. It will be a rematch of Cardozo’s 50-47 win over Wings in late January.

Cardozo, last season’s champions, will be defending their crown after taking down Boys and Girls High, 59-48, in one of the two boys semifinal games held at Lehman College this past Saturday. It will be Naclerio’s fifth time leading the Judges to the final, in which he is 2-2.

In contrast, Turnage is preparing for his first showing under the intense setting of a city title matchup at MSG. He’ll have arrived there by virtue of Wings’ 83-73 victory over Jefferson in the other semifinal at Lehman Saturday.

Indisputably, Turange has paid his dues. After nine seasons at the helm of Wings and six losses in the semifinals, he has at last broken through. Over that period, the Bronx school has produced one of the best high school basketball programs in the tristate area.

This season, they are led by 6-foot-10 senior center Jessie Govan, who is headed for Georgetown, and Hofstra-bound point guard Desure Buie. Cardozo is paced by junior guard Rashond Salnave.

In the girls final at the Garden Saturday, Grand Street Campus will face South Shore.