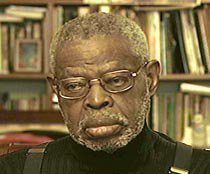 Widely circulating rumors about legendary African factologist Dr. Yosef ben A.A. Jochannan, a.k.a. Dr. Ben, being close to death—or even that he had transitioned recently—are unfounded, say his relatives and close comrades.

“My father’s condition is still serious,” said his daughter, Ruth Johannes. “We are trying to use any method, like vitamin therapy or anything we can do, to strengthen him. We cannot handle the stories that are not true, such as that he’s passed already. He’s in specialized care … he doesn’t have any diseases, he’s just winding down.”

Family and some of his close friends are constantly keeping watch on the elderly griot, who celebrated his 97th physical day this past Dec. 31.

“Dr. Ben’s health has declined enough to be a major concern to his immediate family,” indicated one of his colleague’s, Brother Reggie Mabry, fresh from a visit at the Bay Park Nursing Home in the Bronx, where Dr. Ben has been residing at for the past several years. “He is not in pain … he’s relatively alert, aware of his surroundings, but in rest mode, not speaking … a major concern is getting him enough nutrition during a tender state. He is coherent.”

Although only a select few are allowed to visit him, his family is encouraging support for Dr. Ben as he recovers. They are asking that “people refrain from visiting the center”

Johannes said, “We are trying to preserve his strength the best we can.”

Mabry added, “There is also concern about Dr. Ben coming down with a cold or flu from any guests, so until his health improves there will be a limited amount of visitors.”