Marvin Gaye's family says Pharrell could have stolen another song 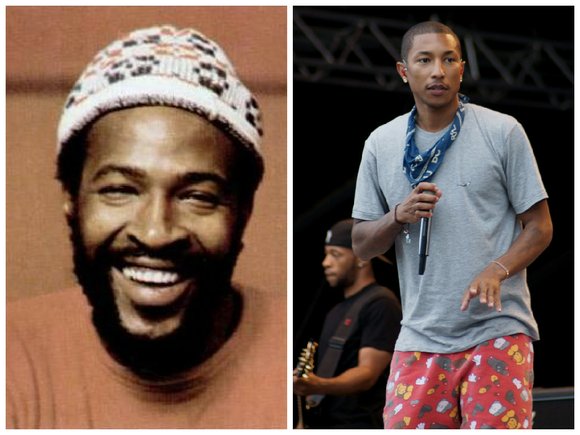 Just days after a jury found Pharrell Williams and Robin Thicke guilty of copyright infringement for ripping off Marvin Gaye’s “Got to Give it Up” to make their 2013 hit “Blurred Lines,” Gaye’s family says there might another case of song stealing.

Do you think Pharrell's song "Happy" sounds like Marvin Gaye's "Ain't That Peculiar?"

“I’m not going to lie. I do think they sound alike,” she said in recent TV interview.

However, while she didn’t entertain the idea of a possible lawsuit, Gaye’s ex-wife Janis said at this time they don’t plan on suing Williams.

"We have no claim whatsoever to the song. None," she said in statement Friday via social media.

Earlier this week Williams and Thicke were ordered to pay the Gaye family $7.4 million after a Los Angeles jury decided that they ripped off Gaye’s 1977 hit song.

“Ain’t That Peculiar” was Gaye’s second U.S. million seller from his album Moods of Marvin. The song was No. 1 on Billboard's Hot R&B Singles chart in the fall of 1965 peaking at No. 8 on the US Pop Singles chart.

Take a listen below. Do the songs sound alike?