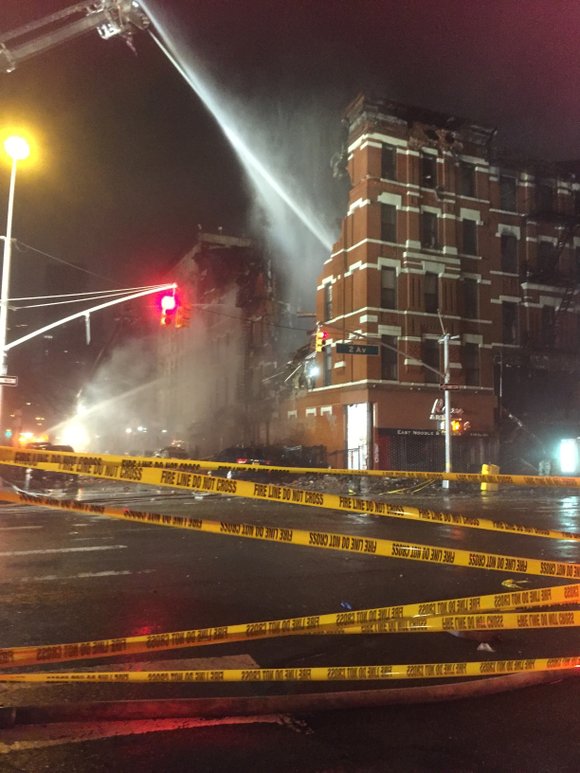 Firefighters respond to a seven-alarm fire and partial building collapse in Manhattan’s East Village on Thursday that leaves 25 injured and two people missing.

Reports indicate that there was an explosion in the seven-story commercial and residential mixed-use building, located at 121 Second Avenue, that also housed a sushi restaurant.

Smoke from the fire could be seen for miles. At least 250 firefighters were on the scene.

According to Con Edison, workers were at the location to evaluate work the building plumber was doing inside in connection with a gas service upgrade. The work failed their inspection for several reasons, including insufficient spacing for the installation of the meter in the basement.

"We had no reports of gas odors in the area prior to the fire and explosion," Con Edison said. "A survey conducted yesterday of the gas mains on the block found no leaks. We continue to work with all agencies on the investigation into the cause, and we are praying for the recovery of all the injured.”

Three other buildings were also destroyed. First Avenue to Third Avenue are closed from East 14th Street to East Houston. 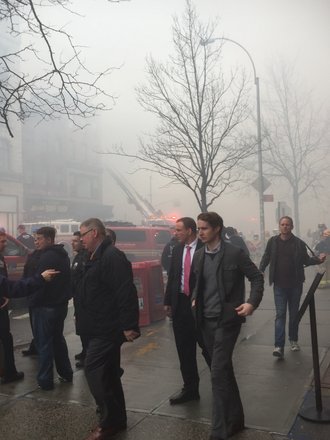 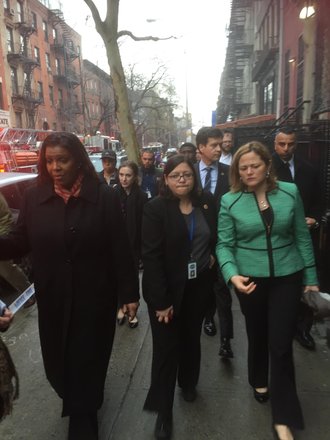 Public Advocate Leticia James and City Council Speaker Melissa Mark-Viverito arrive on the scene of a building explosion in the East Vilage. 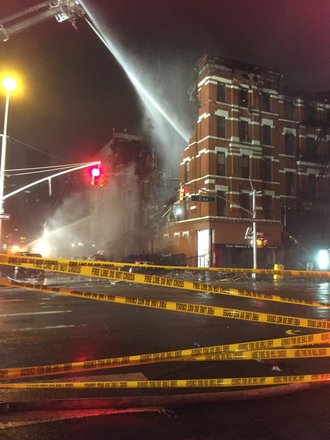 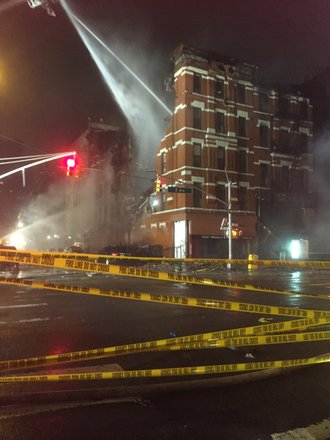 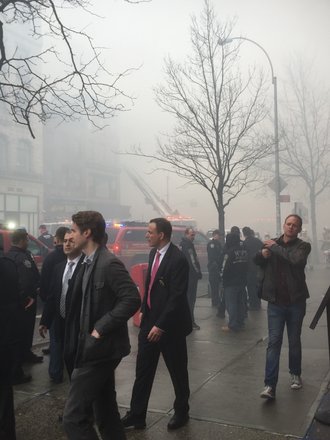 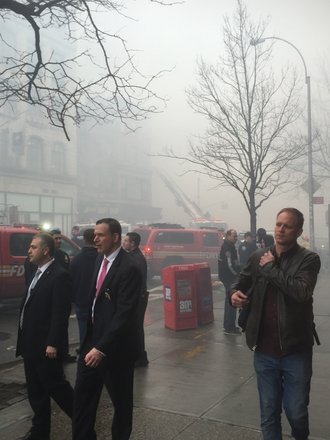 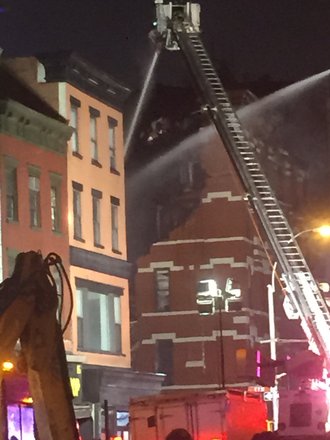 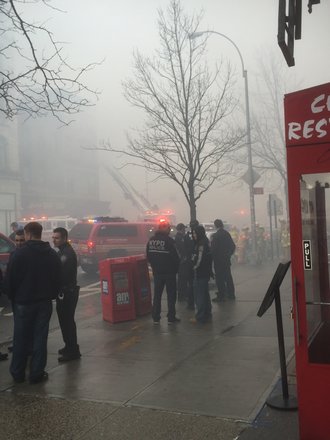 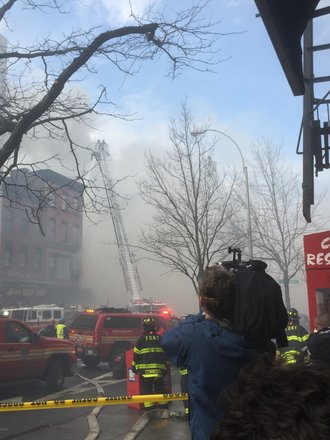 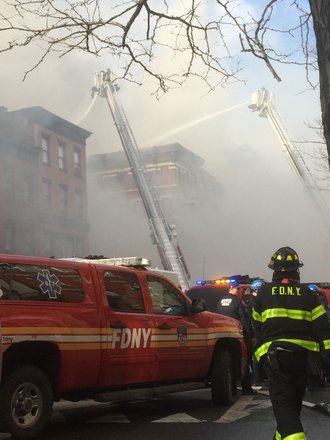 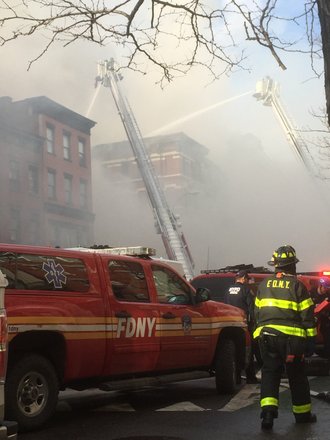 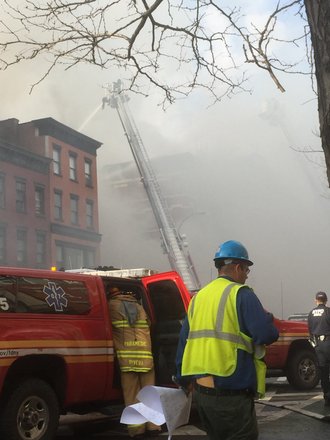 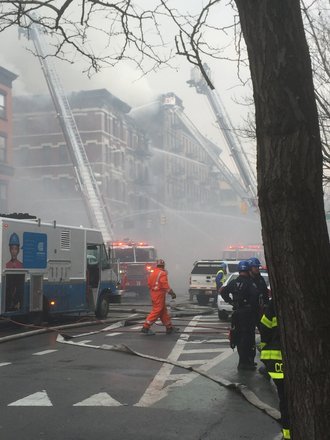 A building explosion at 121 Second Avenue in the East Village caused a raging fire, street closures and left 12 people injured.