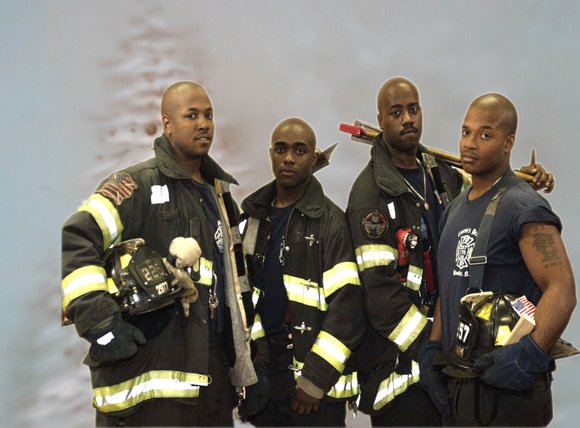 Council Member Elizabeth Crowley, chair of the Committee on Fire and Criminal Justice, attended the press conference. She recommended a hearing on a home rule message to protect disability pensions for firefighters across the state.

“When our firefighters risk their lives for the safety of New Yorkers, we owe them the assurance that their families will be provided for should anything happen,” said Crowley. “We cannot allow the city to cut corners when it comes to fundamental public safety.”

UFA President Steven J. Cassidy told the AmNews that under state law, firefighters hired before June 30, 2009, receive Tier 2 disability pension benefits, equaling 75 percent of pay, with no Social Security offset. On the other hand, those hired after July 1, 2009, receive disability benefits under Tier 3, consisting of only 50 percent of pay, which is further offset by Social Security payments.

“I have an obligation to protect their benefits and do whatever I can to make sure they are taken care of if they get injured or, God forbid, that they get killed,” he said. “With the help of the Senate and the Assembly, we are trying to get this issue approved in the governor’s budget, and then we won’t need the home rule.”

The UFA has the full support of the Vulcan Society, the Fraternal Order of Black Firefighters and the FDNY Hispanic Society. After a federal judge found that the FDNY was discriminatory in its hiring practices in 2011, a monitor was hired to oversee the department’s recruiting practices. Of the 1,400 new firefighters hired since then, half are Black, Hispanic and women.

Council Member Vanessa L. Gibson, chair of the Public Safety Committee, said that inappropriately low disability pay could sabotage substantial recruitment efforts. “This weekend’s tragic Brooklyn fire is a critical reminder of the importance of firefighters and of the dangers of their job,” she said. “These brave emergency responders knowingly step into harm’s way, and it is outrageous that, if injured, they would be forced to provide for their families on $27 a day.”

A spokesperson from the FDNY press office said that this is a management-labor issue that does not directly involve the department or its leadership. They issued the following statement, “FDNY is under the guidance of a court monitor to ensure that the agency does not engage in discriminatory practices,” said Elisheva Zakheim. “And with every class graduating from the FDNY Probationary Firefighter Training School, FDNY becomes even more diverse and representative of the communities it serves.”