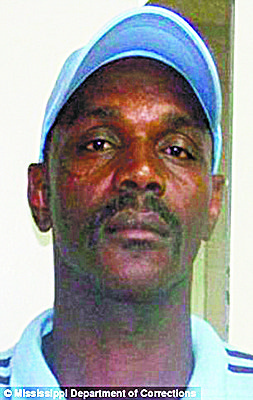 Mississippi was the site of one-third of all lynchings that occurred in the United States in 1925 and was the epicenter of some of the nation’s most heinous race crimes.

At the time, the NAACP was mobilizing to urge the U.S. Senate to pass the Dyer Anti-Lynching Bill that was prevented from coming to a vote in 1924 because of filibusters by the white Southern Democratic block.

“The United States Senate refuses to discuss the Dyer Anti-Lynching Bill because of the obstructionist tactics of a small group of senators from the lynching states,” said James Weldon Johnson in a AmNews article in 1927, which saw nine lynchings in the first half of that year.

It wasn’t until 1938 that the Mississippi House of Representatives passed its own anti-lynching bill in an 86 to 9 vote, decreeing the offense murder. However, opposition to the bill at the time came from state Representative Nathan G. Allen, who defended lynching.

AmNews Archives: Headlines of lynchings in the 1920s and 1930s

“If we pass this bill, it would be violated,” he said. “Why beat around the bush? Mob violence is sometimes justified.”

Fast-forward to 2015. Anxiety widens as the nation waits for autopsy results to find out if Mississippi is returning to its lynching past.

The FBI continues its investigation into the death of a Black man found hanging from a tree by a sheet in Clairborne County, Miss., but still doesn’t have enough information to reach a conclusion on what happened.

Funeral services for 54-year-old Otis Byrd were held last Friday in Pattison, Miss. Reports indicate that over 200 people packed the church where the funeral was held for the 90-minute service.

It was just a few weeks ago FBI officials confirmed the Byrd's identity. He was last seen earlier this month when a friend dropped him off at Vicksburg’s Riverwalk Casino, according to local news reports.

“Earlier in the day, the Claiborne County Sheriffs Department and the Mississippi Department of Wildlife Fisheries and Parks conducted a ground search for a man who had been missing since early March. Officers located a man hanging in the woods near Roddy Road, a half mile from his last known residence,” the FBI said in a statement.

Authorities have not yet determined if the hanging was self-inflicted or criminal, according to reports.

A behavioral analyst was brought in by the FBI this week to help with the investigation. Locals in the area gathered in the town of Port Gibson in support of the Byrd family. His body is being cremated, with a memorial service set for Friday.

At a press conference, the FBI said that results from an autopsy could come next week. Approximately 30 agents are reportedly working on the case at the local, state and federal levels.

Derrick Johnson, the president of the NAACP Mississippi State Conference, called for more details into Byrd’s death because of the racial climate in the area where his body was found.

“The Mississippi NAACP calls for an investigation regarding the death of Mr. Otis Byrd of Claiborne County, Mississippi. Mr. Byrd, who has been missing for over a week, was found hanging from a tree in a wooded area approximately four or five miles from his home,” he said. “We are calling on federal authorities to immediately investigate the hanging death of Mr. Otis Byrd to determine whether or not his death is the result of a hate crime.”

Reports indicate that Byrd spent 25 years in prison for murdering Lucille Trimm, a white woman, during a robbery in 1980. He was paroled in 2006.

“There is no proof that this was done in any retaliation for what happened in 1980,” said a law- enforcement official. “There is no evidence that is pointing towards that.”