Tune in to season two of Bravo’s ‘Blood, Sweat and Heels’ 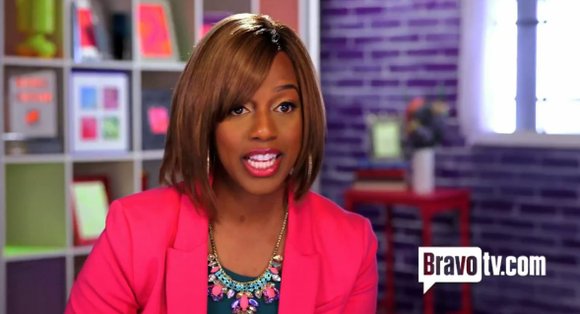 There are numerous reality TV shows across many networks that star people of color, but Bravo’s “Blood, Sweat and Heels” brings something a bit different to the reality table. Like all shows, “Blood, Sweat and Heels” has its fair share of girl drama, but that is not the show’s sole focus. The show highlights women of color working on their careers, love lives and faith.

With the second season of the hit TV series kicking off Sunday, AmNews chatted with one of the show’s stars, Daisy Lewellyn, to find out what viewers should expect this season.

“We have a lot of unexpected things happening, a lot of changes,” says Lewellyn, who reveals life-changing news in the first episode. Viewers also get to see more interaction between the show’s existing cast, including Lewellyn, Melyssa Ford, Mica Hughes, Demetria Lucas D’Oyley and Geneva S. Thomas, plus two additions to the show, Arzo Anwar and Chantelle Fraser.

Putting all of these women with strong opinions and different backgrounds on one show can certainly stir up some conflict at times, but Lewellyn says she does not worry about that. “I don’t subscribe to negativity. I only pay attention to the positive,” she said. Lewellyn wants the show to continue to be a place where she can showcase that positivity and influence others. “I get a lot of positive feedback, and so that’s what I choose to pay attention to. I just wanted people to understand my world and my story.”

The cameras don’t seem to get to Lewellyn either. “I just like to stay true to what I am and my faith. To be perfectly honest, I forget that they’re there. The cameras are the least uncomfortable.” What is difficult, she says, is balancing all that is already on her plate plus the show. “The challenges are that I am a very busy woman. It’s like having another full-time job.”

Letting more than 2 million viewers into her life last season, Lewellyn hopes that her life and story can help someone else. Her greatest motivator being her faith, Lewellyn reminds everyone that you don’t have to compromise anything, no matter what industry you’re in. “You can work in fashion and still have your faith.”

Check out the season two premiere of “Blood, Sweat and Heels” on Bravo, Sunday, March 29 at 9 p.m.