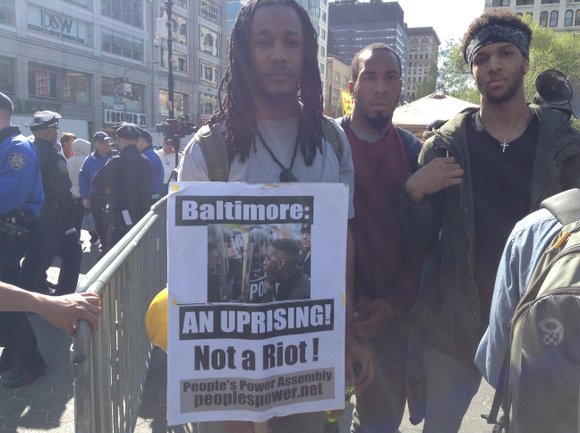 Hundreds of demonstrators gathered in downtown Manhattan on Friday to participate in the annual May Day rally.

While the rally is usually held to bring notice to labor and immigration rights, the recent death of Freddie Gray in Baltimore shifted the theme to police brutality. 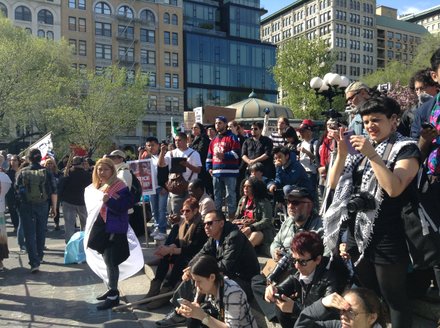 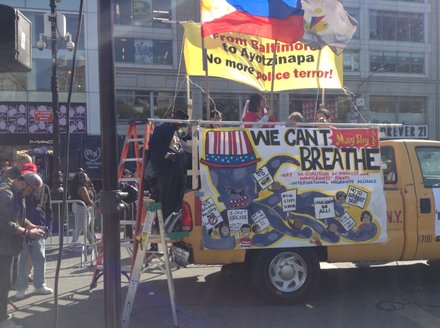 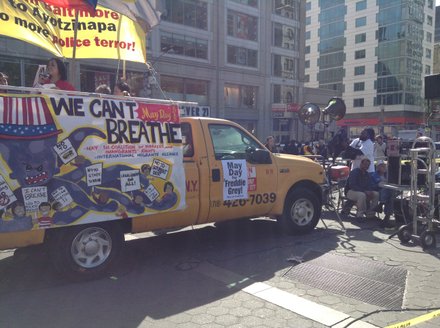 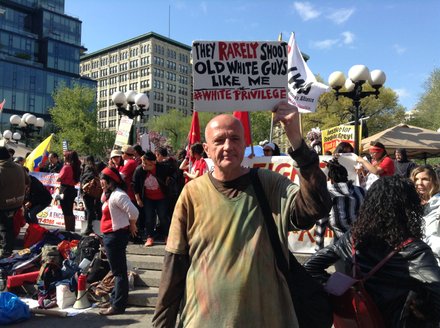 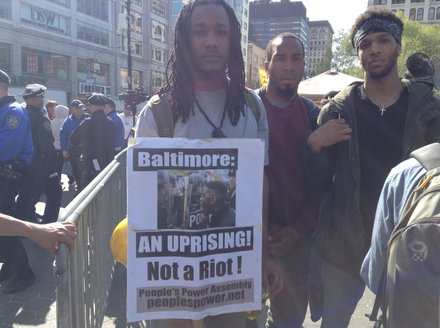 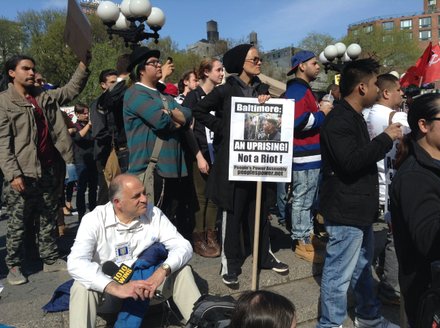 People held signs that said “Black Lives Matter” and “Baltimore: An Uprising Not a Riot.” Participants said they were also marching for other police brutality victims including Eric Garner and Michael Brown.

Earlier in the day, news broke that the six officers involved in Gray’s death were being charged and his death was ruled a homicide. The charges range from murder to manslaughter.

Friday’s gathering in downtown Manhattan saw fewer issues than a similar rally on Wednesday where the NYPD arrested over 140 protesters.