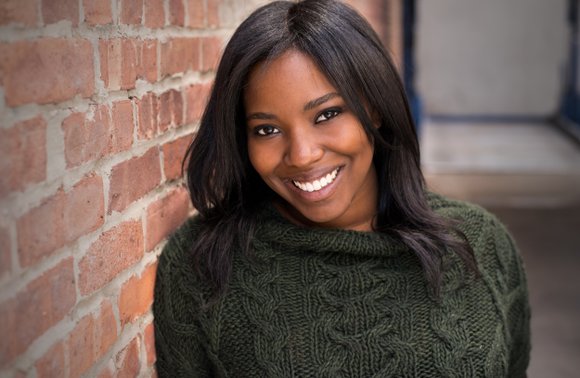 Tennessee Williams’ classic drama “The Glass Menagerie” will be performed at the 47th Street Theatre, located at 304 W. 47th St., May 8 to May 30. The play, presented by Masterworks Theatre Company, is about a family struggling to break free from their past and present. It is directed by Christopher Scott.

What caught my eye about this production is the use of nontraditional casting. While the role of the mother, Amanda, will be played by Saundra Santiago, the role of the children will be portrayed by two Black actors—Olivia Washington (Denzel’s daughter) and Richard Prioleau—while the role of Jim will be played by a white actor, Doug Harris. I found this casting quite intriguing and recently had the opportunity to do a Q&A with Olivia Washington about her life and this role.

AmNews: Ms. Washington, you have a BFA in Drama from NYU’s Tisch School of the Arts, but what motivated you to want to be an actress?

Washington: I grew up with an artistic spirit. I was always dancing or playing the piano. In my dance company, the Eartha Robinson Project, we had acting classes taught by Vernee Watson-Johnson, and her words always stuck with me. I was very shy and learning a form of artistic expression helped open me up to new experiences. It wasn’t until my junior year of high school, and when I started working with my aunt LaTonya Richardson-Jackson, that I realized acting was the art form I wanted to focus on.

What about this incredible art form do you like and what do you find challenging?

That is a difficult question to answer because I love acting so much and for so many reasons … I find it hard to sum it up, and so, with that said, I got most of my training at the Stella Adler Studio of Acting in New York City, which is part of NYU Tisch School of the Arts, and we were always taught, “Growth as an actor and growth as a human being are synonymous,” and I can truly say that with every step I take in the art form, I learn something about the world, people and myself. I find such joy in discovering new things or rediscovering old things, things I thought I knew but now see from a different point of view. It’s really amazing.

It’s Tennessee Williams! I’ve been put in a unique position, having gotten to study in a conservatory, to acquaint myself with, and work on, great text by some of the best literary talents in the world, past and present. So when an opportunity arises to audition for, and then eventually be asked to be a part of, an off-Broadway production of “The Glass Menagerie,” there is no hesitation to say yes. It’s what I have been training to do, and now I get to do it in a professional arena—I’m beyond the point of elation! There is something quite breathtaking and extremely relatable in his stories.