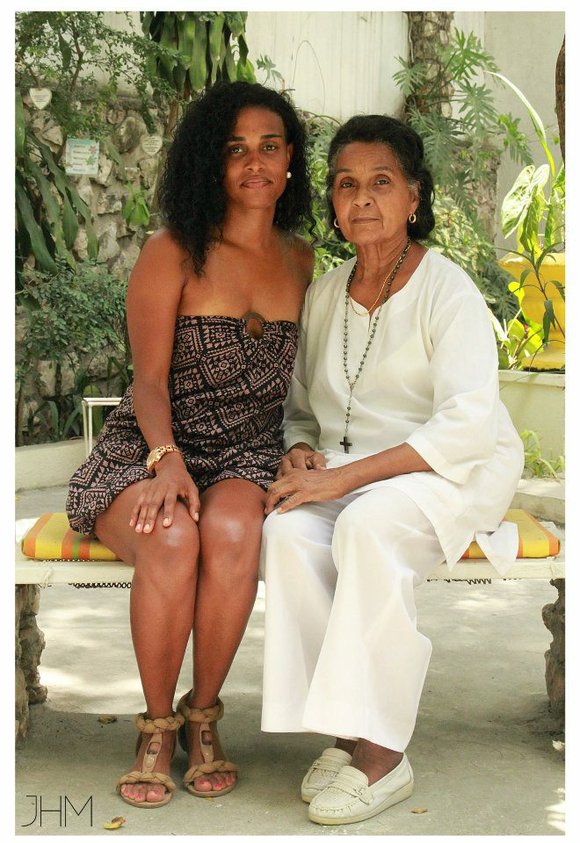 There was a time when being Haitian wasn’t cool, but somewhere in between Wyclef Jean’s emergence and the Black consciousness movement in New York, Haiti became a beacon of freedom and pride.

Filmmaker and Harlem native Rachelle Salnave, creator of “Mart 125,” a film documenting the gentrification of Harlem, is celebrating the release of her latest project, “La Belle Vie: The Good Life.” The film explores her journey as she deals with her identity as a Haitian-American during a time when the “3Hs” was a thing and when bourgeoisie meant something to Black folk. She also deals with classism and colorism in the Haitian culture before the earthquake and how that social construct was wiped out with the rubble.

“I lived in a place that used to be called Vinegar Hill,” she laughs, referring to the neighborhood between the Black side of Harlem and the white side of Columbia University. “I’ve always had this affection for Harlem and its history, but my mom used to always try to keep me away from Harlem. She tried to keep me on the Columbia University campus. She didn’t want any part of Morningside Park.”

Somehow, her spirit and determination to be around Brown people always led her back to the community, to 125th, a place she calls Harlem’s Hollywood Boulevard, where the who’s who of Harlem was seen.

Despite her love for the neighborhood, there were challenging moments when kids would teased her because of her heritage while at home mom expressed some level of disregard for American Blacks, causing Salnave to have a bit of an identity crisis.

“Going to Haiti in 1993, I really got a chance to feel the country, and it made me really embrace the culture and embrace the beauty of the [country] and the beauty of the people,” the filmmaker said, explaining her transitional point. “I was 17 and I was reading all these books about knowledge of self and understanding that Afrocentricity. I was like, just like Harlem is the Black Mecca, Haiti is that Black Mecca for liberty, and I embraced that.”

She also credits Jean, who is Haitian, for ushering in a movement of pride among other Haitians after he appeared on stage rocking the country’s flag during an awards ceremony. And thus began her journey, one that not only she experienced but also one that her mother in many ways went on and now others can relate to.

Through her film, Salnave believes she is a part of a continuing transformation of the perception of Haiti, especially now after the 2010 earthquake. Instead of depicting Haiti as a country with its hand out, she wants to share with the world that it’s a beautiful country with beautiful people with a beautiful culture—a symbol for Black liberation across the African Diaspora.

“I definitely put the film out to help break these misconceptions about Haiti. Now that we’ve screened the film with certain communities, I love when people say, ‘I want to search for my roots now.’ It’s that message of your roots are your roots. Even if you’re African-American and you don’t know your genealogy, search—search for something greater than you.”

Her dream is to take the film to Haiti, where she hopes to re-inspire pride among Haitians for their country in the midst of recovery. She says the earthquake sort of brought people to a common level because so many lives were lost and so much damage was done. A torrential history of political instability and division among countrymen and women has left a scar on the heart of many Haitians. Similar to how Harlem went through a dark period where few within the community saw the potential, Haiti has reached that same point. Now foreigners are buying land, Salnave says, and recognizing the country’s potential.

“Just like Harlem’s ‘Mart (125),’ they don’t see the wealth and potential until someone comes in and validates it for them. I understand it, because it’s a painful experience when they think of Haiti.”

She hopes, however, that as she continues to enlighten and empower others through film, Haitians like herself will embrace Haiti as the beacon for the African liberation, beauty and pride. Learn more about the film at labelleviefilm.com.