Who is next to go in the Caribbean? 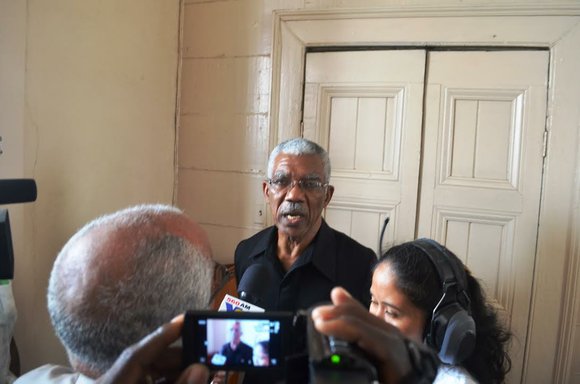 May 25, voters in the Dutch-speaking Caribbean trade bloc nation of Suriname will go to the polls to elect a new government. Meanwhile, sometime before the month of July begins, those in nearby Trinidad will likely do the same, as the first term of Prime Minister Kamla Persad-Bissessar would have expired after five years.

Of the two, polls are showing that former military strongman Desi Bouterse, who ousted two civilian governments in Suriname in 1980 and 1990, and who was blamed for the 1982 executions of 15 government opponents, will likely be invited by electors to serve a second five-year term, with predictions that his Mega Combination coalition grouping might even win more votes than last time.

However, for Persad-Bissessar, the outlook is not so positive. Opinion polls show that she is popular as an individual political figure, but her People’s Partnership coalition is beset with runaway corruption, its inability to bring down the average murder rate of 400 per year and a string of other ills, including nepotism and racial discrimination against Afro-Trinidadians.

These two polls, conducted in the span of approximately eight weeks, come during a very busy year for the region, perhaps a record year, as voters have already booted out governments in St. Kitts in January, Anguilla in the past month and now in Guyana, by far the largest and most resource-rich country among the 15 nations in the Caribbean Community.

In early June, voters in the British Virgin Islands will also try to pick a new administration, while those in St. Vincent must go to the polls sometime before December, when the five-year term of Ralph Gonsalves will expire. He is likely to win again in one of the busiest election years in living memory.

Just this past Saturday, David Arthur Granger, 69, a retired army general, was sworn in as Guyana’s new executive president after his multiracial APNU-AFC coalition kicked the largely Indo-dominated People’s Progressive Party from office after 23 consecutive years.

As in neighboring Trinidad, the charges against the PPP administration were strikingly similar—alleged racism against Afro-Guyanese, widespread corruption, a high level of tolerance for nepotism and general mismanagement, among others. As the region’s newest leader, Granger has the unenviable task of rebuilding political fate in the country’s leaders, as the level of hate shown to the PPP by many in the electorate, young first- and second-time voters in particular, was too palpable to hide.

Still, he pledged to govern fairly. “I shall be a good president for all the people. We have chosen to inaugurate a government of national unity and to promote our multi party inclusionary partnership. We are convinced that this is the best way to overcome our historic divisions,” he told the largest crowd assembled outside parliament buildings in recent decades.

The regional focus now switches to Suriname, the other very resource-rich Caricom member state, in a week’s time and later to the BVI and Trinidad in the short term.